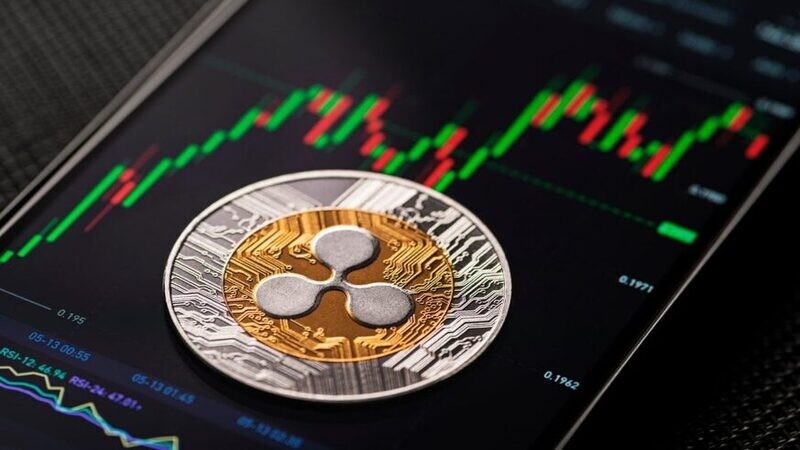 As per statistics published by the Whale Alert crypto tracker, Bitso cryptocurrency exchange engaged in the transfer of 36.1 million Ripple (XRP) a little more than eight hours ago.

Roughly 36 million XRP tokens have been shoveled by Bitso

Whale Alert has discovered that Bitso, a cryptocurrency unicorn based in Mexico, got 20 million Ripple.

Due to further information from the Bithomp analytics tool that analyses XRP transactions, Bitso later transferred 16,100,000 XRP across its wallets domestically. 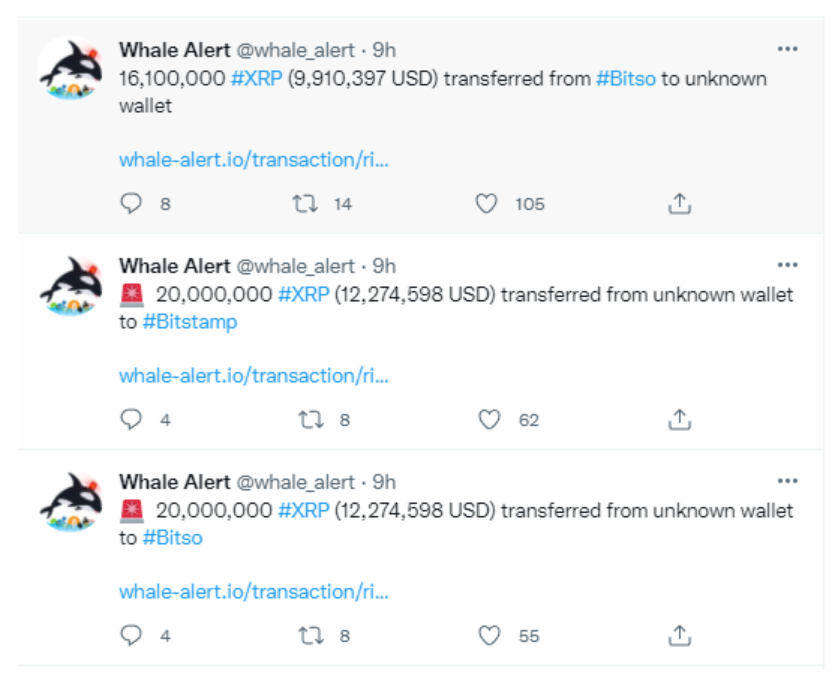 At the beginning of May 2021, it was reported that Bitso's valuation had risen beyond $2.2 billion following a large fundraising deal, making the Mexico-based cryptocurrency exchange the inaugural cryptocurrency unicorn in Latin America. Bitso was able to raise more than $250 million in the Series C investment round at the time.

The exchange obtained an unknown investment from Ripple tech supplier in October 2019 and started utilizing its XRP-based On-Demand Liquidity (ODL) tech for transfers throughout Latin America.

Ripple ODL sales have increased by 46%

Ripple giant announced in its newly released Q4 statement that its XRP sales relating to ODL clients had surpassed a stunning $1 billion in the fourth quarter of 2021, representing a 46-percent rise and skyrocketing to $717 million opposed to the $491.74 million sales in the third quarter.

As per the paper, worldwide demand for ODL has expanded significantly, and ODL currently has twenty payout markets.
In addition, the San Francisco-based IT behemoth purchased XRP valued at $321.97 million on the secondary market.