Home Will Bitcoin Ever Drop Below $20k & Why Is US SEC Behind Coinbase & Uniswap?

Will Bitcoin Ever Drop Below $20k & Why Is US SEC Behind Coinbase & Uniswap? 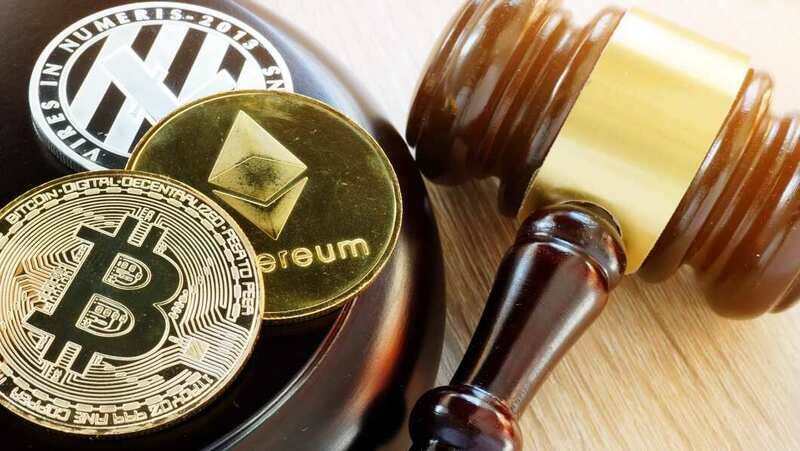 The American regulator SEC has threatened the Coinbase crypto exchange with a court and launched an investigation against Uniswap. Where this will lead and how it can affect digital assets
On September 8, it became known that the US Securities and Exchange Commission [SEC] threatened the largest American cryptocurrency exchange Coinbase with a lawsuit due to the new Lend lending service, which the trading platform planned to launch in the coming weeks. According to Coinbase CEO Brian Armstrong, the regulator refuses to explain why it treats the loans as unregistered securities. If the case comes to litigation, the industry can finally gain regulatory clarity that the SEC refuses to provide, the head of the crypto exchange said.

On September 3, it was reported that the SEC launched an investigation into the operator of one of the largest decentralized crypto exchanges - Uniswap Labs. The investigation is at an early stage - the regulator is figuring out how the trading platform works and transactions are carried out. A spokesperson for Uniswap Labs said "compliance with laws and regulations" is the company's policy and confirmed its readiness to provide the regulators with all the necessary information.
Uniswap is a decentralized cryptocurrency exchange that was launched in 2018. In April of this year, the weekly trading volume on the site for the first time exceeded $ 10 billion.
In August, SEC chief Gary Gensler said the decentralized finance (DeFi) space needs regulation. The head of the regulator argued that, in particular, cryptocurrency loans should be controlled by the SEC. Gensler also suggested that decentralized crypto exchanges should be referred to as the regulation of mutual funds. Gensler expressed doubts that Defi services are truly decentralized. In his opinion, many such sites use centralized management principles and can be regulated by supervisory authorities. Now there is a lawsuit between the SEC and Ripple, which began at the end of last year. The regulator accused the company of issuing unregistered securities under the guise of $ 1.3 billion XRP tokens.

On the way with China

The US authorities continue to follow the same path of regulating the cryptocurrency market like China, noted the head of the data analysis department of CEX.IO Broker Yuri Mazur. But the American authorities have a much softer approach than the restrictions that were introduced in the summer on the territory of the PRC, he added.
“The desire of the US authorities to more strictly regulate the crypto market and the turnover of digital assets has been traced for a long time. The signal to the community should have been the SEC case against Ripple, ”the analyst said.
According to Mazur, in the near future, the US authorities should expect attempts to bring the crypto market in line with current legislation through laws and courts. In June, the cost of bitcoin fell to a local minimum of $ 28.8 thousand for the first time since January. This happened after the Chinese authorities banned the mining of cryptocurrencies in the country. Due to the massive relocation of miners, the bitcoin hash rate decreased by more than 50%, to 68 Eh / s (exahashes). Now the hash rate is recovering after the fall and is 138.4 Eh/s, according to BitInfoCharts.

What the SEC pressure can turn

Speaking about the SEC's claims against the Coinbase crypto exchange, it should be borne in mind that the platform supplies the US authorities with tools for tracking crypto transactions, Nikita Soshnikov, director of the Alfacash cryptocurrency exchange service, recalled. He also noted that in April this year, Coinbase was able to successfully complete a direct listing of shares on the stock exchange, which indicates that the company has no significant regulatory problems. With Uniswap, the situation is different, the expert said. In his opinion, DeFi projects will have to cooperate with the US authorities or form truly decentralized systems.
“The very interest of regulators in crypto exchanges and DeFi for the crypto industry participants did not come as a surprise. The development will be paved by creating legal boundaries for the industry, ”Soshnikov added.

How will the regulator's actions affect the market?

Supervisory actions could temporarily weaken digital assets, Mazur predicted. He is confident that the decline in quotations will be short-term, after which the cryptocurrencies will return to an upward trend. Mazur also admitted that the price of bitcoin against the background of regulatory pressure in the United States could sink below $ 20,000, and this would be a good base for the subsequent upward trend. Such shocks in the digital asset market are paving the way for the future development of the industry in accordance with the requirements of the authorities, so such events should be considered a blessing, Soshnikov added. Many successful investors apply the rule that during periods of maximum negative it is necessary to buy assets, and during periods of maximum positive - to sell them, explained Andrey Podolyan, CEO of Cryptorg. Therefore, it is now that large investors are making purchases, he argues. As an example, Podolyan cited the government of El Salvador, which on the evening of September 7, during the fall of the main cryptocurrency to $ 43 thousand, bought 150 bitcoins in addition.
“Now whole countries are involved in the game,” concluded Podolyan