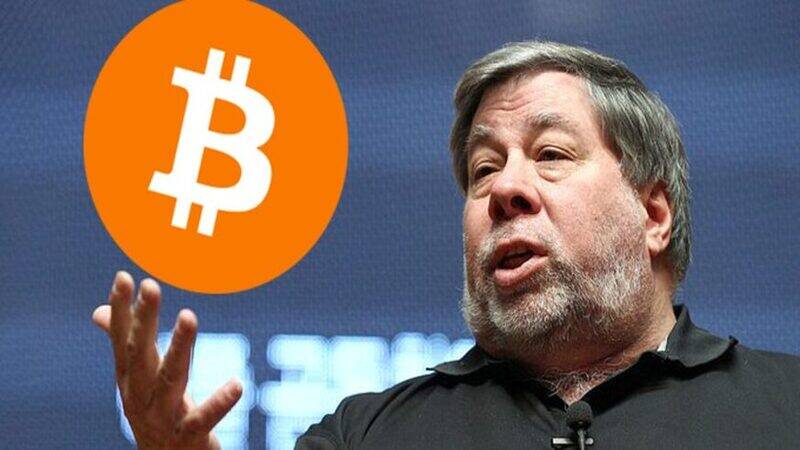 Steve Wozniak - The co-founder of Apple stated that he thinks “we’ve seen massive worth creation” once asked regarding Bitcoin’ [BTC] potential in a recent 'interview' with Bloomberg.

When Bloomberg asked Steve if he still believes Bitcoin [BTC] to become the global accepted currency within the future — an idea he 'expressed' in June, earlier last year — when “we’ve seen huge destruction in the price of Bitcoin [BTC],” the entrepreneur added:

“I’m not sure, I can purchase that we’ve seen massive worth destruction, i feel we’ve seen huge price creation.”

Apple’s co-founder then argued that sometimes psychology drives market dips, with fear partially determining worth. Steve stated that he wasn’t interested in Bitcoin [BTC] “as an investor” and that he “only had Bitcoin's [BTC] to experiment with,” adding that he had used the crypto’s as a form of payment.

Steve additionally noted that he sold all of his Bitcoin’s [BTC] “when it went up high,” reiterating what he had 'aforementioned', earlier in last January:

“I don’t wish to be one among those folks observing the price of Bitcoin [BTC] everyday, therefore I sold out.”

The engineer added that he has ne'er been invested in any stocks nor used the Apple stock application.

Earlier in Aug. 2018, at the ChainXchange conference in U.S. held in the mid of Aug., Steve Wozniak disclosed in an exceedingly 'interview' that he plans to participate in a 'blockchain' startup. Further mentioning of his further plans he added:

“I’m planning , very soon, for my first ever blockchain related project. Our approach isn’t sort of a new currency, or something phony."

And later in Oct. 2018, Steve Wozniak was also 'declared' as a co-founder of blockchain-focused capital fund named ‘EQUI Global’.