Tether Has Been Declared A Legal Tender By Myanmar's Government - Exclusive 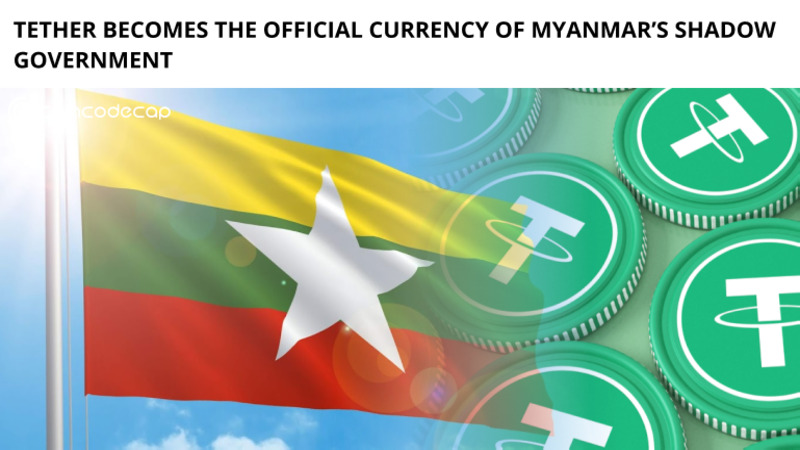 Myanmar's shadow government, the National Unity Government (NUG), formed by loyalists of imprisoned leader Aung San Suu Kyi, has designated Tether (USDT) as a legal tender for regional usage. According to a Bloomberg story, the NUG would take Tether for its continuing financing effort to destabilize Myanmar's existing martial administration. The shadow government also generated $9.5 million by selling "Spring Revolution Special Treasury Bonds" to the global Myanmar diaspora. The consortium hopes to collect $1 billion by selling NUG-issued bonds. On Monday, the NUG Ministry of Planning, Finance, and Investment announced the change on Facebook. The NUG's resolution to declare Tether a legal tender challenges the Central Bank of Myanmar's crypto prohibition, which was enforced in May of the year prior. Tether's adoption as a legal tender for regional usage is motivated by security fears and the existing regime's seizure of assets. The key rationale for Tether's inclusion, according to the NUG finance minister, is "domestic usage to make it easier and faster to utilize the present commerce, services, and payment systems." The French Senate and the European Parliament recognized the NUG as Myanmar's formal government in October 2021; nevertheless, the United States has undertaken no such action. The NUG's move to support and utilize Tether stablecoin may spark debate among countries, particularly as the US government is attempting to enforce tight stable coin issuing restrictions.