Home Taxing Cryptocurrency Does Not Give Them Legal Status, Clarifies India’s Finance Minister

Taxing Cryptocurrency Does Not Give Them Legal Status, Clarifies India’s Finance Minister 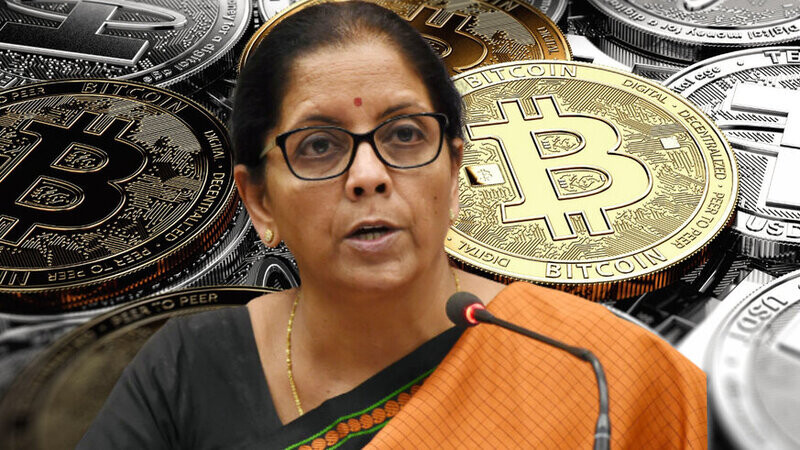 Finance Minister Nirmala Sitharaman stated on Friday that the government has used its sovereign authority to tax income derived from cryptocurrency transactions and that the decision on whether to prohibit or not to prohibit would be made when discussions are completed.

According to Sitharaman, "The decision to prohibit or not to prohibit will be made when I get feedback from the discussions. However, would you instead prefer that I not tax and enable the earnings to remain and then tell you that I have not even undertaken corrective action? So whether they are valid or illegal is a separate thing. But, since it is a sovereign prerogative, I shall tax."

Throughout the Union Budget debate, she was responding to a query from Congress MP Chhaya Verma on the subject.

The FM's reaction is a recapitulation of her views voiced immediately following the Budget was presented on February 1. When Sitharaman imposed a 30% taxation on the transfer of digital assets including cryptos as well as non-fungible tokens (NFTs) in her Budget for 2022-23, India became one among the handful of countries to do so. The action has sparked a discussion about the validity of such assets, as well as if taxes on them have validated them.

The governor of the Reserve Bank of India (RBI) stated on Thursday that private cryptocurrencies are a danger to the nation's macroeconomic as well as fiscal stability, undermining the central bank's capacity to cope with the two critical concerns, and warned investors that they were doing so at their own danger.

In her response, Sitharaman stated that the Budget's priority in the middle of the epidemic is on "consistency, stability, and sustained recovery." In response to the opponent's claim about inflation, she stated that, despite supply end disturbances, retail inflation is presently at 6.2 percent, opposed to 9.1 percent throughout the UPA's term. She did, nevertheless, agree that the administration is conscious of more has to be done on the field. According to the FM, the nation's weakest period of inflation occurred from 2010 to 2014.