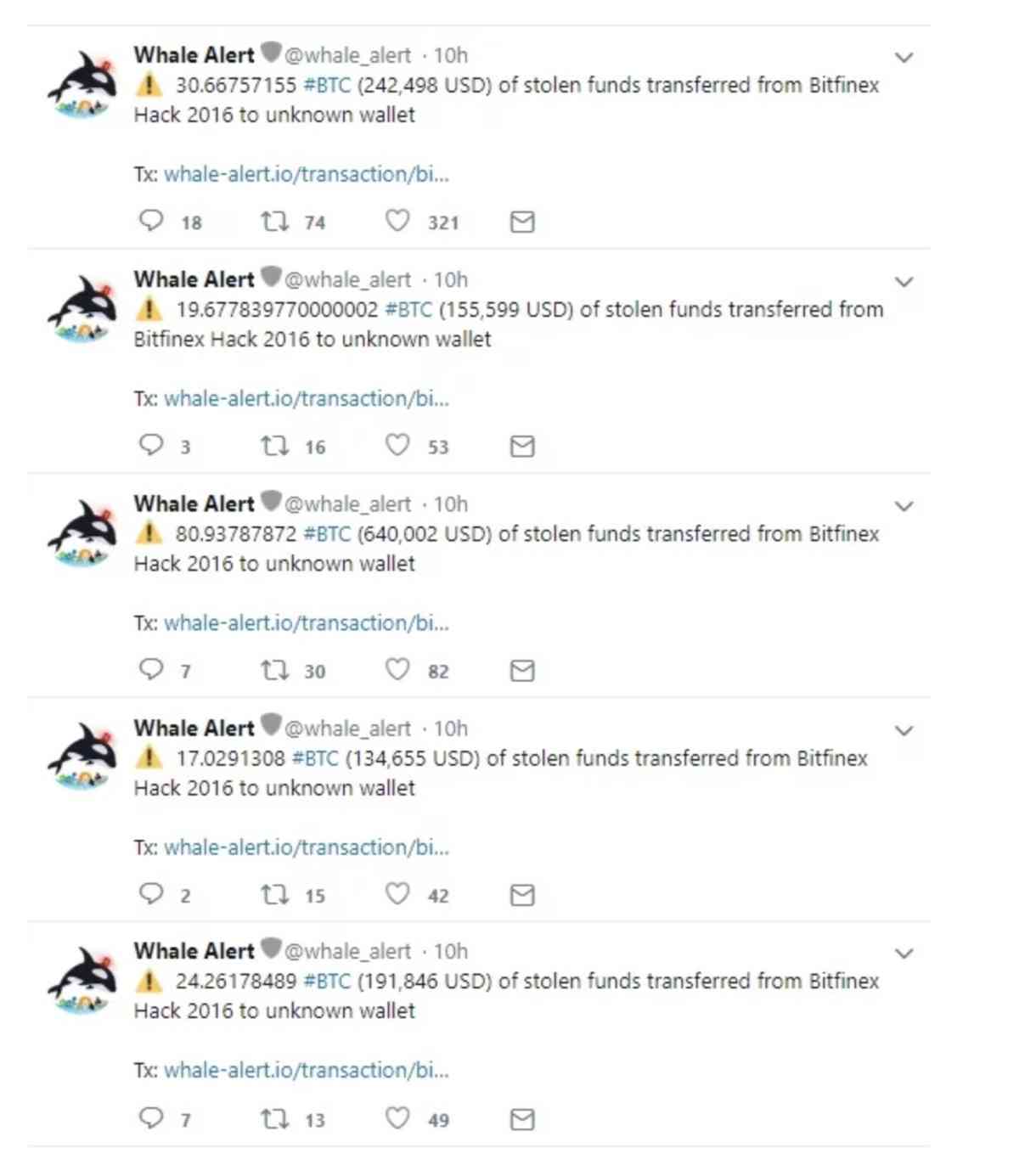 In line with recent several 'tweets' published by crypto transaction tracker named ‘whale-alert.io’, a major portion of the Bitcoin [BTC] 'hacked' from the renowned Bitfinex cryptocurrency exchange earlier in 2016 has been transferred from the hackers’ wallets to an anonymous address on 7th June.

This movement of hacked bitcoins has allegedly started earlier yesterday at around 06:08 AM UTC and involved of about six transactions so far, totally worth around 185 Bitcoin’s [$1.5 Mln’s at the reporting time].

The amount of recently transferred hacked bitcoins accounts for around 0.15% of the 120,000 Bitcoin [BTC] allegedly stolen back earlier in 2016, that was worth at around $72 Mln at the time of the hack, but however is now equivalent to $973 Mln.

Anneka Dew - Bitfinex’s marketing director reportedly claimed that the movements don't seem to be linked with the processes in the company, in line with ‘The Next Web’.

Bitfinex launched trading of LEO token against major cryptocurrencies on 20th May after 'raising' $1 Bln for its token via its IEO [Initial Exchange Offering] earlier in May. Worth 1 Tether [USDT], UNUS SED LEO is 'intended' to facilitate trades on Bitfinex.

Within the 'technical paper' to LEO tokens, published on 8th May, Bitfinex added that the exchange continues to implement numerous ways for recovery of funds stolen back earlier in 2016. The exchange cited that they have been able to 'restore' around 28 BTC [around $104,000 USD at the reporting time] earlier in Feb., in collaboration with the U.S. authorities.