Home Over 1% Of Bitcoin Supply Move Out Of Long Term Storage - Analysis.

Over 1% Of Bitcoin Supply Move Out Of Long Term Storage - Analysis. 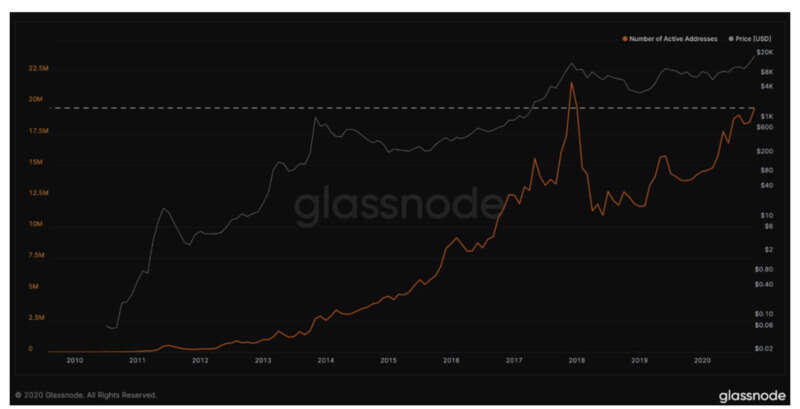 In line with Unchained Capital’s ‘hodlwaves’ metric, that measures the time since Bitcoin has moved on-chain, roughly 15% of the Bitcoin that had not been moved for 5 and 7 years as of 1st Nov. were finally transferred on-chain during the month of November. 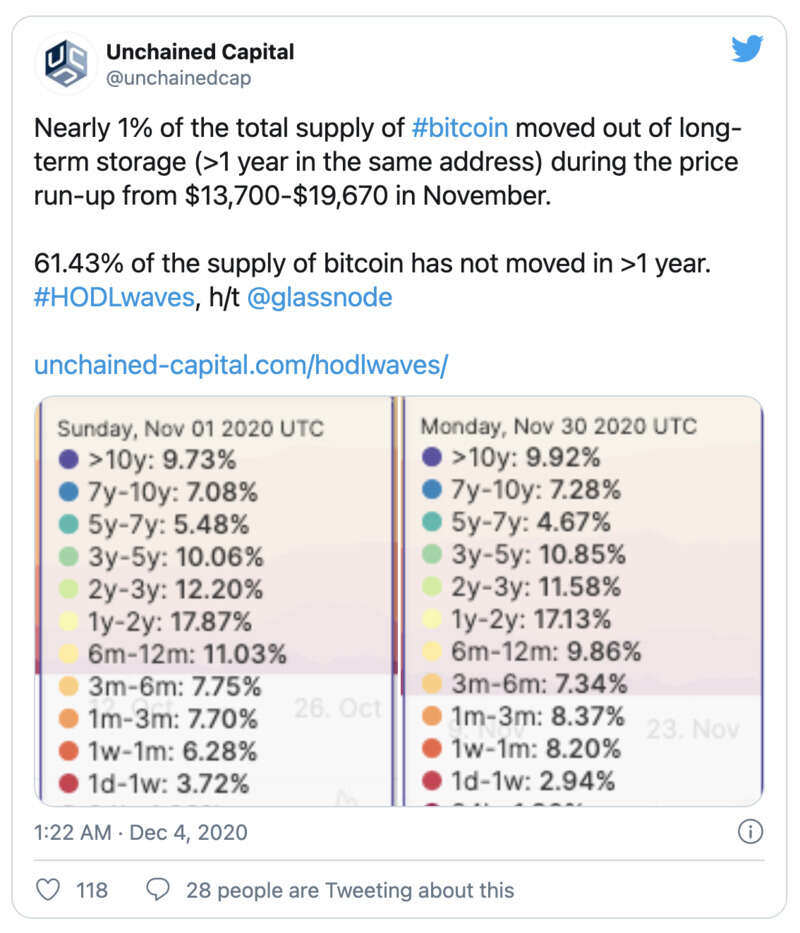 However, the number of Bitcoins that have sat still for a min of 7 years increased slightly over the month.

Surprisingly, short-term on-chain Bitcoin transfers fell within November, with the share of supply that last moved between at some point and one week sliding from 3.72% at the beginning of the month to 2.94% on 30th Nov.

November’s largest shift occurred within the one-week to one-month hodlwave, which reveals the share of Bitcoin's supply that last moved between 7 & 30 days. It increased from 6.28% to 8.20% just within the month of November.

Also, November saw the 2nd-highest number of active wallets during one month in Bitcoin’s history, sitting behind only the 21.6 Mln wallets that were active in December 2017.