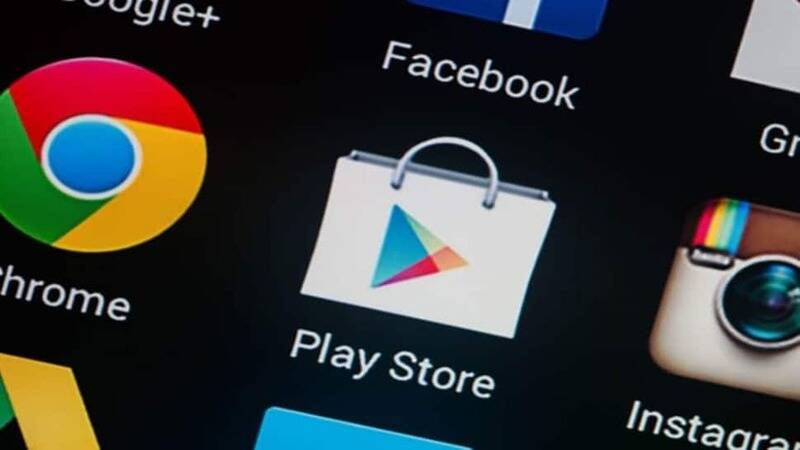 According to be new report released by ’The Next Web’ the Google’s Android App. Store again became a victim for a fake Ethereum ’ETH’ mobile app. uploaded by some scammer.

A report by the malware expert was presented by ‘Lukas Stefanko’ in which he found a fake Ethereum app. listed on the Play Store even after the Google’s recent ban implemented for the mining applications for around $388.4 USD available for download.

The expert noted that purchasing the app is “not the same” as purchasing Ethereum, implying that his recent discovery is a some scam meant to rip off users by mimicking the original cryptocurrency ’Ethereum’ that is valued around $285.09 USD at the time of reporting. 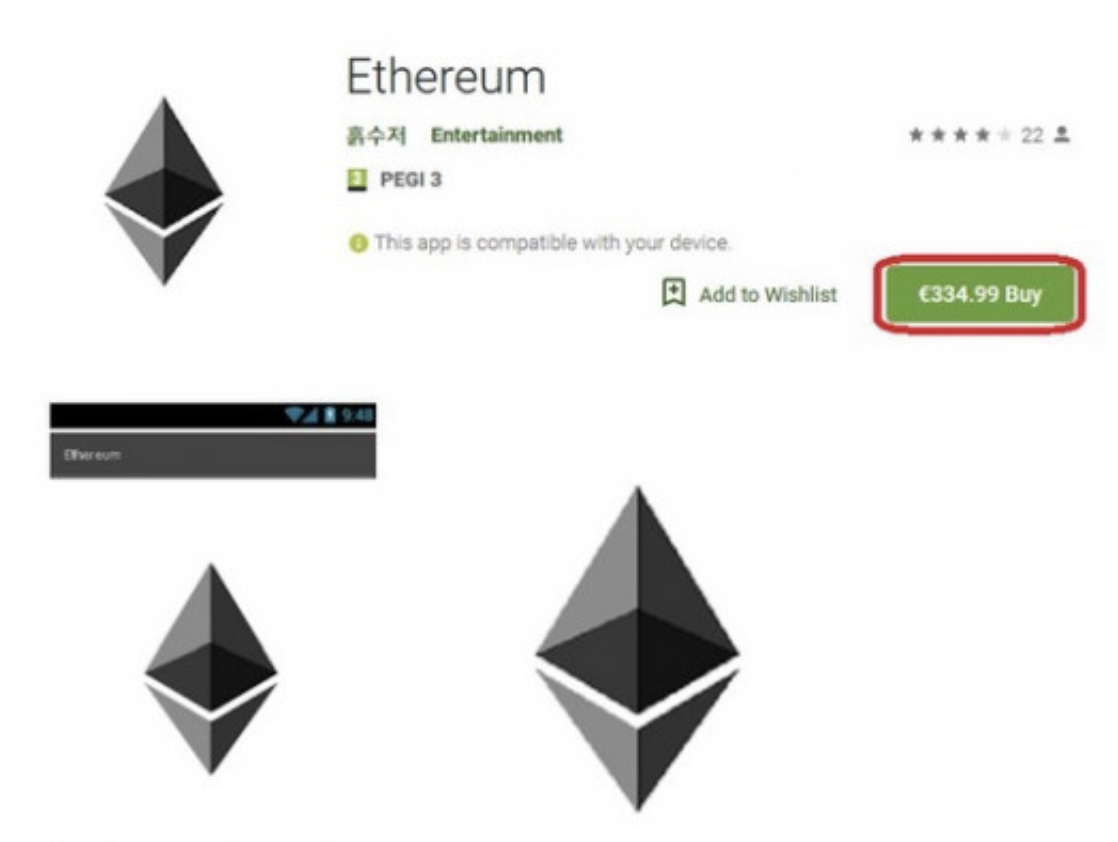 In an official tweet by the expert he mentioned that this paid application published in the play store is uploaded by some ‘Google Commerce Ltd.’ and till now has gained around more than a hundred installs since the application was last published back in the year 2017. 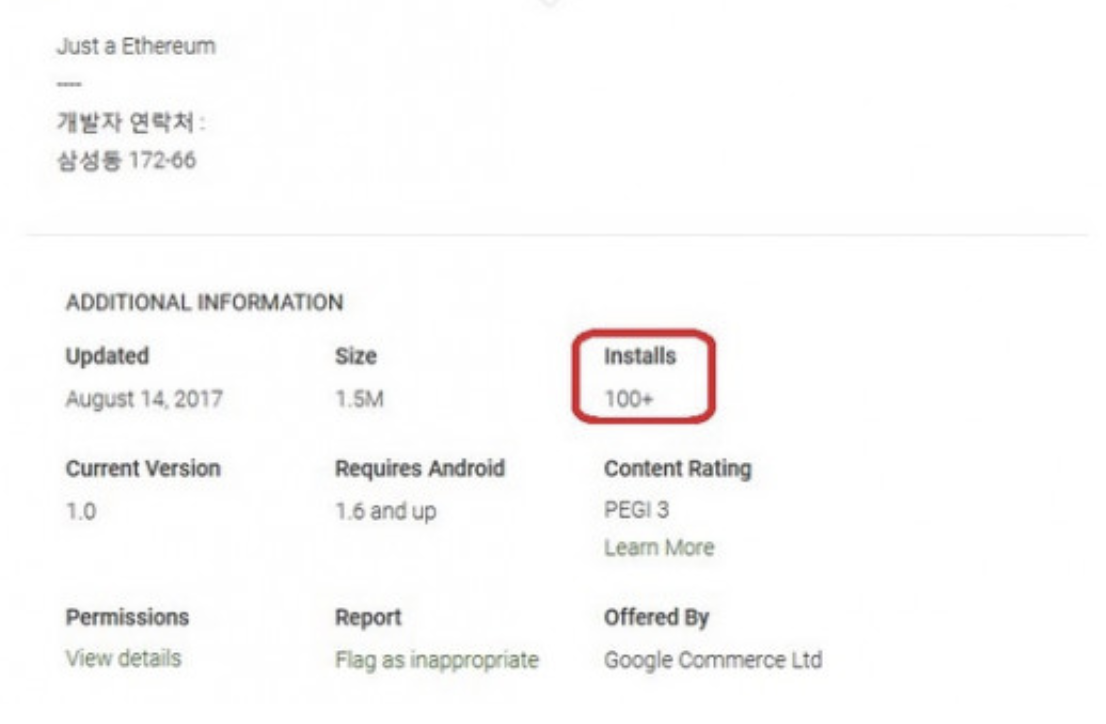 As per the genuine name of the developers of Google-backed applications on Google Play Store is by “Google LLC.” At the current time, the scam Application seems to be deactivated from the play store.

Earlier in July this year, Google had banned crypto mining apps on its Play Store, only allowing remote mining applications. Even after the roll out of this update, there are now also may scam application that exist on the play store even after more than a month has passed away.Earlier in April this year, the Google had also announced the ban of all mining extensions from its Chrome Store.

Currently all the major social and app. stores have banned crypto related promotions including Apple Store and Facebook. As reported by EtherDesk Today, the Chinese Social media Giant 'WeChat' has also recently announced permanently blocking blockchain and crypto related accounts from its platform.