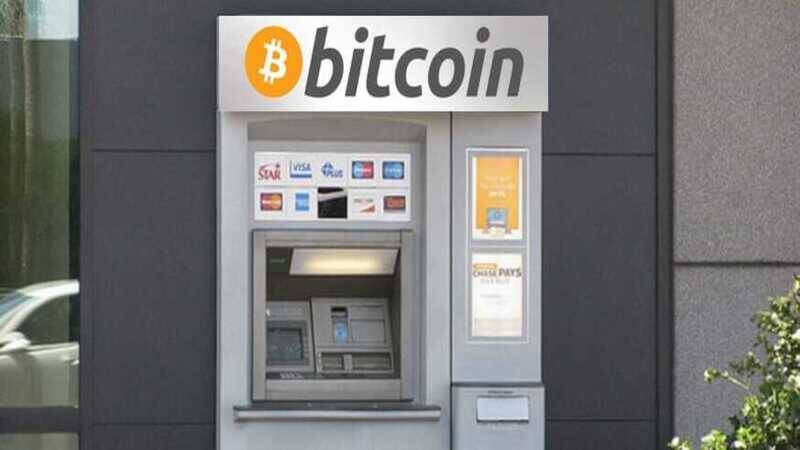 Zimbabwe has one Automated Teller Machine (ATM) dispensing cash — and you’ll need a Bitcoin to get it! Golix, Zimbabwe’s first and largest cryptocurrency exchange, has introduced the country’s first ever Bitcoin ATM, which comes loaded with hard United States dollars. The machine – which was activated last week – allows anyone to buy and sell Bitcoin using the greenback, according to Golix spokesperson Nhlalwenhle Ngwenya. It is the only ATM in Zimbabwe dispensing US dollars to customers selling Bitcoin, he says. “Through an easy to use interface it provides technology and cryptocurrency newbies a simple way to buy Bitcoin,” Mr Ngwenya said in emailed responses.

“ . . . he machine provides convenience to customers, especially first time users of cryptocurrencies, and the unbanked without access to digital funds.”

So, what does the Bitcoin ATM do exactly? Unlike most local ATMs, which no longer dispense cash — real cash, US dollar notes, the Bitcoin ATM is dispensing cash sent from abroad or proceeds from the sale of cryptocurrency. But an added feature allows the Bitcoin ATM to go beyond the ordinary functions of the regular Automated Teller Machine: buying and selling of Bitcoin. In the same way that consumers insert a card into a traditional ATM, the Bitcoin ATM allows users to insert US dollars, which are converted to the volume of Bitcoin that they want to buy, Golix product manager, Yeukai Kusangaya, told The Herald Business. The machine then sends the Bitcoin straight to the customer’s wallet. Investors who buy Bitcoin without a Bitcoin wallet have the option to generate a Bitcoin address, she says.

“After realising that the public is still struggling to understand or in some cases access bitcoin, we felt that the Bitcoin ATM would be a huge and necessary step towards engaging people on how they can use cryptocurrencies for their daily business,” said Ms Kusangaya. “For anyone who has used a traditional ATM, they won’t struggle to find their steps when they are using the Bitcoin ATM,” she added. Golix, which, on the average, turns over roughly $600 000 of crypto trades on its bourse each month, has placed its first Automated Teller Machine at its offices along First Street in Harare. There is only less than 70 other countries in the world with similar machines. Golix’s ATM is significant in many ways, both for the start-up company and for Zimbabwe.

A decade ago, Zimbabwe was in hyperinflation, the highest rate in the world, and virtually turning every citizen into a trillionaire. Normal banking services like ATM withdrawals became redundant. With dollarisation in 2009 the effects of inflation stopped, but in the past two years the country has suffered from a new problem altogether. A severe cash crisis has birthed long queues at banks, and left the few hundreds of ATMs scattered across the country useless. The Bitcoin ATM could help facilitate cash transfers more easily and speedily, moreso in a country without a currency of its own. “Gone are the days when the only means of making an international payment was first buying cash on the parallel market and then driving all the way to Zambia to pay a supplier,” said Golix chief executive Tawanda Kembo. “

This Bitcoin ATM moves us one step closer to achieving our mission of giving every person in Africa financial autonomy,” he added. Cryptocurrencies gained popularity here late last year, when prices sky-rocketed. At its peak in December, Bitcoin scaled past $33 000 on Golix, where, like elsewhere in Africa, trades at a massive premium. In January 2017, the coin was worth just about $1 000. Often, investors look at digital currencies as an investment. But the Reserve Bank of Zimbabwe’s chokehold on limited foreign currency means that some Zimbabweans have started to use cryptocurrencies to pay for goods and services abroad – like school fees, health bills or car imports.