Home Will the price of DigiByte more than double in 2022? 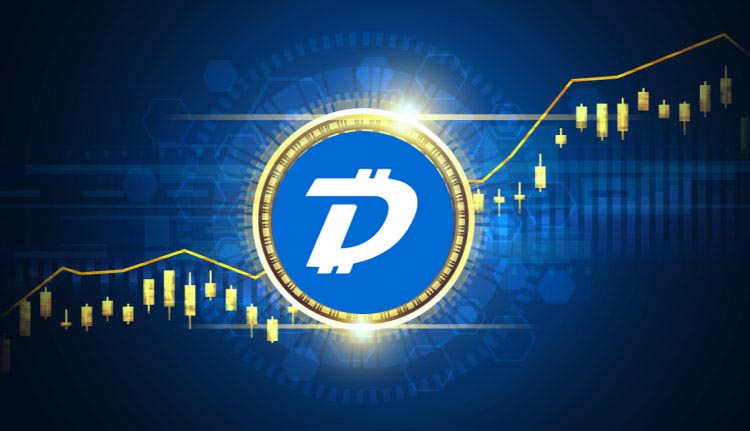 Many start-ups have sprung up in the ever-changing crypto industry throughout the years. Which have been prospering in the company to gain attention. DigiByte is a rapidly expanding open-source blockchain project among a plethora of digital currencies. Which aims to address the weaknesses of competitors.

Marketers have been assessing a number of crypto assets for investment potential while the market has been stuck in a rut. Are you wondering if DigiByte's DGB is a good investment for the future? Look no further because this article will show you how to make price predictions for 2022 and beyond! read more @ Top Cryptocurrency News

However, worry and FUD coming into the market as a result of global tensions caused a drop to $0.01721. The 27th of March was a memorable day for DGB, with a single-day increase of 76.97 percent. Following that, a downturn brought the quarter to a close at $0.034.

DigiByte has had a rough start to the second quarter. From its highs at the beginning of the month, the cryptocurrency has fallen to its support level of $0.01375. If it hopes to gain traction by increasing the number of purchasers. By the end of June, the price of DGB may have risen to $0.0205.

On the other hand, the price may drop below $0.0108. Following that, a balance in trading operations might limit the price to $0.0169.

The project's core characteristics, such as speedier transactions, security, and decentralization. Could assist DGB in reaching its possible high of $0.03259. In the event that the bears outrun the bulls, the price might plummet below $0.0193. However, due to linear price action, the normal price may end up at $0.0269.

If the creators implement developmental and community-building measures, the network will be empowered. The price of DGB might rise to $0.0468, which is a possible high. Failure to meet its expectations, on the other hand, may result in negative feedback. This may send the price down below $0.0309. With the bullish and bearish objectives taken into account, the average price maybe $0.038.

Price Predictions for DGB in 2023

If the community focuses on increased openness and recruits investors, things may turn around for DigiByte. By the end of 2023, the price might reach $0.0959 under this scenario. On the other hand, waning supremacy might bring the price down to $0.04239.

If DigiByte can increase usage and collaboration while obtaining institutional funding, it will be a success. The price of DGB might reach a high of $0.2101. Regulatory worries or financial crises, on the other hand, might drive the price down below $0.10314.

If Digibyte continues to offer a smooth and user-friendly transaction platform. And whether it improves the users' security. With increased market capitalization, DGB might set new price records and generate greater price momentum. As a result, the price might rise to its possible high of $0.4813. If it encounters increased competition from new competitors, the price might drop to $0.19918.

What Is The Opinion Of The Market?

Gov.Capital: The crypto asset is expected to rocket to a theoretical high of $0.019 in 2022, according to Gov.estimate. Capital's The minimum and average price goals for the year are $0.0129 and $0.0152, respectively, according to the business. The forecast also includes a long-term projection. DGB might reach a high of $0.0346 by the end of 2025, according to the report.

What exactly is DigiByte?

DigiByte (DGB) is a blockchain and asset creation platform that is open-source. The project was started in October of 2013. By emphasizing cybersecurity and scalability, the platform aimed to compete against large cryptocurrencies like XRP and Litecoin.

Additional aspects of the platform allow traders to issue assets, introduce apps, and use digital identities. DGB is DigiByte's own native token. The token is used to pay fees to people who assist in the network's operation. DGB also intends to provide payment services and power its smart contracts.

DigiByte is a blockchain and asset generation platform that is open-source. It's a cryptocurrency that prioritizes decentralization, security, and, most crucially, transaction speed. To create digital assets that cannot be lost. This cryptocurrency may be mined, purchased, and kept in wallets.

DigiByte is a three-layered derivative of Bitcoin. There's an "App Store" for smart contracts, a public ledger, and the core protocol, which uses communicating nodes to repeat transactions.

Jared Tate, often known as the "Digiman," established DigiByte and oversaw its development until it reached its current state. DigiByte's operations rely not just on coders, but also on the DigiByte Foundation, a volunteer organization charged with overseeing the project's security. The promotional initiatives are the responsibility of the DigiByte awareness team.

According to Coinpedia's Digibyte Price Prediction. If the bears are unable to control the market for a longer period of time, the price is expected to rise. If it succeeds in improving security and transaction speeds, it may attract users and investors' attention. Digibyte's peak pricing is expected to reach $0.045 by the end of 2022. The price, on the other hand, may find support at $0.03.

DigiByte began trading on February 6, 2014, with an initial price of $0.001232. The price began to vary as soon as DGB began trading and remained consistent for several years until 2017, with some price variances.

At the end of July, DigiByte was trading at $0.017, indicating that it was in the flow. For several months after that, the price remained at the same level with little changes. Surprisingly, the price reached $0.008 in mid-November and has since been slowly growing. DigiByte was valued at $0.005 at the end of 2017.

On a positive note, DigiByte started 2018 with a bang. In early January, it was trading at $0.12. Later, the price began to fall, reaching $0.04 by the end of January. Until the end of March, the price managed to stay at the same level. In addition, the price dropped to $0.017 in early April before rising to $0.05 by May.

As the bears began to drive the market down, DigiByte began 2019 with a price of $0.010. Furthermore, for several months, the price varied. Early in June, the price reached $0.016 before plummeting to $0.008 by the end of August. After then, until December, DigiByte remained in the same pricing range with fewer changes. By mid-December, the price had dropped to $0.006. DigiByte was worth $0.005 at the end of 2019.

Following that, a sustained ascent on the market charts propelled DGB to $0.695 on November 12th. However, traders taking their winnings led to another drop, bringing the year to a close at $0.032.

With its innovative technology, DigiByte's price is projected to reach $0.85 by 2030. By December 2030, it's possible that the DigiByte price will reach $1. Its primary goal is to offer a more secure and efficient settlement process. Its unique SegWit feature allows for exponentially fast transactions. Therefore, it's no wonder the DigiByte price prediction is so promising. last update - 06/22/2022.

Where can I buy DigiByte tokens?

A: DigiByte may be purchased on a variety of cryptocurrency exchanges, including Binance, Bittrex, OKEx, VCC Exchange, and others.

Is it wise to invest in DigiByte?

A: If you think long term, DigiByte might be a smart investment. Its essential characteristics and vision may be able to assist it reach greater heights.

Q: What is the maximum DGB closing price by the year 2025?

Q: Who is DigiByte's founder?

A: Jared Tate, commonly known as "DigiMan," is the founder of DigiByte.

DeFi And NFTs Coming Together, Uniswap Leading The Way