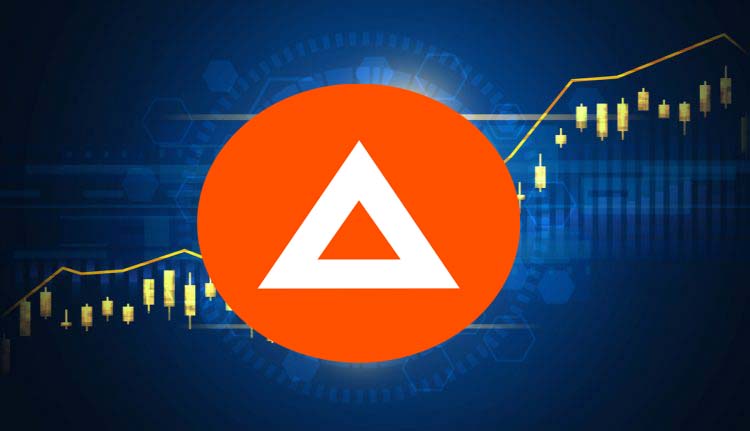 The native currency BAT has shown incredible results in the past. More similar runs are wished for by holders and savvies in the near future. Do you want to add BAT to your investment portfolio but are concerned about its performance? Don't worry; this article will answer all of your questions. As we decipher the likely price forecasts for 2022 and beyond.

By the 13th of January, BAT had recovered to $1.115. However, the market's collapse prompted a new downward trend. By the 24th of January, the quarterly lows had reached $0.655. However, by the end of the month, altcoins had gained ground. Unlike many of its competitors, BAT's February started off on a rocky note.

On the 3rd of February, the crypto asset initially indicated a positive trend. By the 7th of February, the price had risen to $0.983. However, the turbulence caused by geopolitical tensions between Russia and Ukraine, as well as rising inflation rates, are escalating. The price dropped to $0.57. The quarter ended at $0.939, oscillating between lows and highs.

BAT has had a difficult second quarter up till the time of publication. This quarter, the digital coin has lost over half of its gains. BAT is now probing its $0.5 support levels. It might go as high as $0.669 if it manages to recover from its current levels.

Losing steam from present levels, on the other hand, might send the price to $0.4589. The average price might settle at $0.592 if the price is constrained by a linear trend.

If BAT manages to entice foreigners' attention by the second half of the year. The brave wallet allows you to trade and store NFTs and Defis. The price may rise to its theoretical high of $0.948 due to an increase in the user base and volume.

However, dwindling quantities and diminishing supremacy might drive the price down to $0.641. A balance of buying and selling forces will eventually fix the price at $0.7908.

The fourth-quarter optimism, along with the implementation of progressive programmes. BAT for search engines, BAT for e-commerce, IPFS, and incentives are examples. It's possible that the price may rise to $1.337. On the flipside, negative press resulting from the protocol's failure to live up to its promises might drive the price down to $0.9522. When the bullish and bearish targets are taken into account, the average price might find support at $1.159.

Brave, according to the network, will be extended outside its browser and will interact with key third-party browsers. On this note, momentum may be induced, resulting in a high of $2.203 for BAT by the end of 2023.

Users who are not interested in the adverts may see them in order to earn prizes. As a result, advertising is missing out on prospective customers. Brave's adoption is still contentious, and if the network fails to enhance it, the price might drop to $1.779.

If the protocol incorporates community-building activities and targets varied sectors such as NFTs and Defis, it will be successful. The price of BAT might rise to $3.748, which is its possible high. On the other hand, new competitors and more competition might drive the price down to $2.29.

The network has previously partnered with well-known platforms such as Townsquare, Dow Jones, and others.

BAT is planning more collaborations, therefore we should expect higher results from them. If the network effectively implements new features such as commenting and accessing paid content. The price of the Basic Attention Token may then skyrocket to $6.58.

The market, on the other hand, may implode if the network succumbs to the present key disputes about mining and PoW consensus. In this scenario, BAT's price might fall to $3.9 by the end of 2025. However, if BAT maintains the privacy algorithm on the Brave browser, BAT will trade at $5.087.

What Is the Opinion of the Market?

What is the BAT (Basic Attention Token)?

The Brave web browser's native coin, BAT, is based on the Ethereum network. Brendan Eich, the co-founder of Mozilla and Firefox, created it in 2017. It's a blockchain-based solution that uses the Brave web browser to capture the attention of media consumers.

The token is used to facilitate payments between advertisers and content providers that provide advertising space on their websites. Also, to those who watch the advertisements.

As a result, Brave functions as a BAT-powered blockchain-based advertising platform.

BAT is an ERC-20 token based on Ethereum. And it enables the establishment and transfer of smart contracts for network-based irreversible payments. It uses the same PoW consensus as other cryptocurrencies today, and you may mine these tokens as well. The total quantity of the token is currently set at 1.5 billion.

The Brave browser is quite similar to Google Chrome, however, it actively prohibits advertisements from displaying on online sites. Ads can be activated at any moment, benefiting users, publishers, and advertisers.

That is, a product-based corporation must use smart contracts to pay the browser in BAT. This will be delivered to the publisher, who will then place these adverts on their website.

Many people may question why a cryptocurrency is required to power the network. When the user or publication may accept any fiat money as payment. However, the network is focusing on strengthening privacy and openness in this area. BAT transactions and payments within the network do not record or expose anyone's identity!

The network teamed and coordinated with many networks and platforms after a successful launch in 2017. The TAP Network, a significant data network and advertising platform with a stablecoin called TAP coin, was one notable cooperation. Other noteworthy partnerships include Dow Jones Media, Quant, and Cheddar.

The project is progressing in all directions and aims to develop simple micropayments for commodities utilizing BAT. On its browser, the network officially announced an on-board Privacy-preserving News suggestion.

The price is predicted to rise slowly, based on historical price movements and the present price trend. According to the BAT price projection made by Coinpedia. By the end of the year, the token might be back to $1.4.

The scalability concerns with Ethereum, on the other hand, may have an influence for BAT's growth. Because it is an ERC-20 token, the price has dropped to $1.

Price Sentiments in the Past 2017

With some small changes, the BAT price maintained a more or less consistent price trend throughout the year. In mid-April, the price hit an annual high of $0.45 before plummeting. However, the price ended the year at $0.18, which was below $0.2.

The price started trading in 2020 at less than $0.2 and stayed in the same range until mid-August when it hit $0.41. Despite this, the price dropped, and by the end of December, it was trading at roughly $0.2.

This year, the BAT price started at $0.2. By the end of January, it had surpassed the $0.3 threshold. The price reached $1.23 on March 18th. The market fell on May 19th, just as it reached the new junction. When the price dropped to $1.09, I bought it. Furthermore, the token became extremely volatile, falling below the $1 threshold.

After ranging sideways for the whole month of October, the market has finally found its footing. By the 28th of November, BAT's price had risen to $1.93, making it the month of the bulls.

The cryptocurrency oscillated to intermediate high while moving south in December, making it a tumultuous month. The year's trade ended at $1.27.

What is a BAT token, exactly?

A: BAT, the Brave browser's native coin, aims to attract media clients and their attention. The BAT token is based on the Ethereum blockchain and aims to create a platform with fewer advertisements while maintaining user privacy.

Q: Is it wise to invest in BAT?

A: Given the pricing history, BAT prices exhibit a reasonable level of volatility. And it turns out to be a wise decision in the long run.

Q: How does the BAT token function?

A: On brave browsers, publishers and content providers get compensated in BAT tokens. The tokens can also be used to pay fees by platform users.

Q: How do I get BAT tokens?

A: BAT tokens can be bought on most of the major cryptocurrency exchanges such as Binance, Coinbase Pro, and Huobi global amongst others.

Chainabuse Is A Platform Created By Two Crypto Heavyweights To Combat Increasing Frauds.