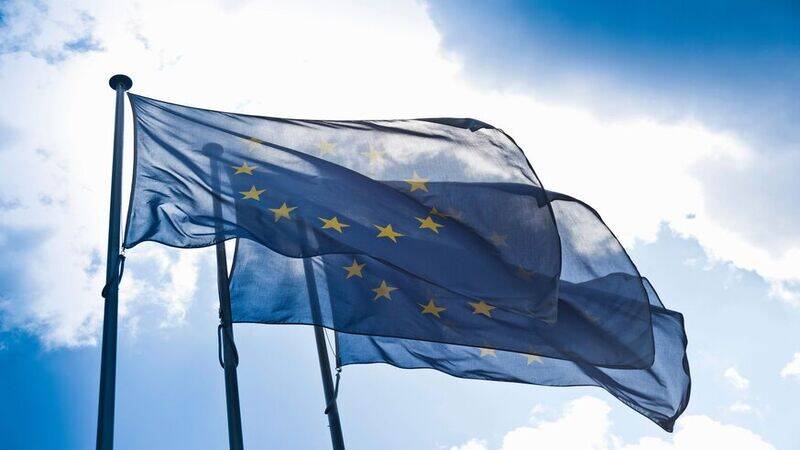 A directive affecting the crypto sector in Europe has been adopted by the EU Council. The document updates the anti-money laundering legislation of the European Union to address, among other issues, “the risks linked to virtual currencies.” The new rules aim to reduce anonymity for both users and transactions with requirements for know-your-customer procedures that crypto platforms will have to implement. Meanwhile, a high-ranking ECB official has called for segregating the crypto business from traditional finances. Authorities to Monitor the Use of Cryptocurrencies “Strengthening EU rules to prevent money laundering and terrorism financing” has been declared as the main purpose for the changes adopted as part of an “action plan” launched after the terrorist attacks in Europe in 2016.

The new directive sets out to “close down criminal finance without hindering the normal functioning of the payment systems,” according to the Council’s press service. The amendments to EU Directive 2015/849 of the European Parliament and the Council of May 20, 2015, were adopted at a meeting of the General Affairs Council on Monday, without discussion. The move follows an agreement with the European Parliament form December 2017. In April this year, MEPs voted to support the deal to “bring cryptocurrencies under closer regulation.” The main changes involve addressing the “risks linked to virtual currencies” by taking steps to reduce anonymity for both crypto traders and crypto-related transactions. According to the texts, providers of exchange services between virtual and fiat currencies, as well as custodian wallet providers, will be obliged to identify suspicious activities. The directive states that authorities should be able to monitor the use of cryptocurrencies through these platforms, and the national financial intelligence units should have access to information allowing them to associate crypto addresses with the identities of their owners.

The authors acknowledge that the measures in the document do not entirely address the issue of anonymity. These measures should be detailed by member-states which will have 18 months to transpose the provisions of the directive into their national regulatory frameworks. Once that happens, crypto exchanges across the Union will be obliged to comply with stricter anti-money laundering (AML) and counter-terrorism financing (CTF) guidelines, including by introducing full customer verification on their platforms. Some companies have already taken steps in that direction.  Localbitcoins, the popular Helsinki-based peer-to-peer exchange, has recently updated its Terms of Service. It admitted that the changes had been introduced mainly due to EU regulations. They highlight identification requirements and warn users that in some situations, such as trading over certain volume limits, or in cases of account hacking/recovery and fraud investigations, they will be required to submit identification documents. The new terms will be enforced as early as this month. Virtual Currencies Defined The EU Council states that “virtual currencies should not to be confused with electronic money.” Its directive points out that although cryptos can be used as a means of payment, they could also serve other purposes and find broader applications such as means of exchange, investment, and store-of-value. A definition of “virtual currencies” has been provided, in which they have been referred to as “digital representation of value that is not issued or guaranteed by a central bank or a public authority.”

The directive also notes that cryptocurrencies are not attached to a legally established currency and do not have the legal status of fiat money, but are accepted by natural or legal persons as a means of exchange. Cryptocurrencies can be transferred, stored and traded electronically, the text reads. The European institution has identified custodian wallet providers as “entities safeguarding private cryptographic keys on behalf of their customers in order to hold, store and transfer virtual currencies.” According to the legal document, national authorities should ensure that they, along with the providers of crypto exchange services, are registered or licensed.

The directive also introduces changes regarding anonymous prepaid bank cards to “deny terrorists this means of financing.” The threshold for mandatory identification of their holders has been lowered to EUR 150. Identity verification will also be required in cases of remote payment transactions exceeding EUR 50. ECB Official Wants to “Ring-Fence” Crypto Business While Brussels is moving to strengthen rules governing crypto transactions, Frankfurt is suggesting that the entire crypto business should be segregated from traditional finances. According to a report by Reuters, a high-ranking representative of the European Central Bank has stated that banks should separate any activities related to virtual currencies (VCs) from their other operations and even back them with capital to reduce the risk.

The official also called for regulating issuers of cryptos and tokens, exchanges, and any bank or clearing house dealing in them. “Due to the high volatility of virtual currencies, it might seem appropriate to require any VC trading to be backed by adequate levels of capital and segregated from other trading and investment activities,” Yves Mersch, member of the ECB board, said at a conference in Turkey this Monday. He added that the crypto market was too small to endanger financial stability but cautioned this could change. Mersch emphasized that “There’s a need to examine whether any VC activity carried out by financial market infrastructures should have to be ring-fenced.”