Home Ethereum Will Be The Next App Store Soon - Microsoft's CEO

Ethereum Will Be The Next App Store Soon - Microsoft's CEO 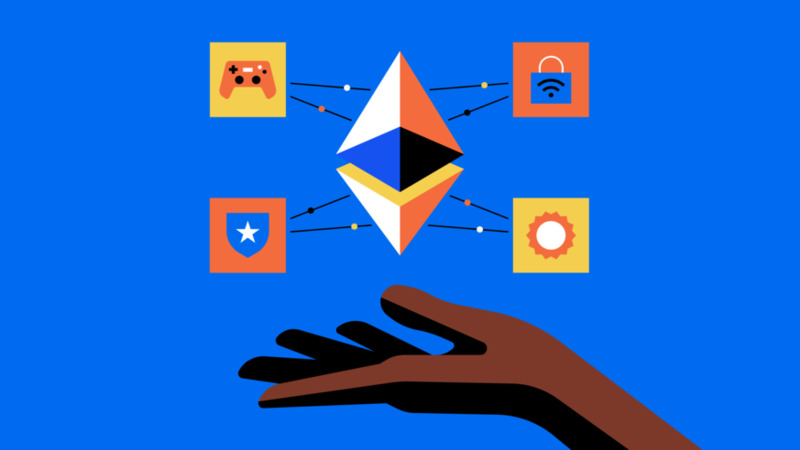 Yorke Rhodes, Microsoft's Director of Digital Transformation for the last seven years, has claimed that ethereum would be the next app store in only two years. Rhodes believes that ethereum will grow in the next two years, possibly via zk technologies or plasma-like rollups. According to Rhodes, Ethereum offers additional benefits since there are zero commercial lock-ins to Apple, no single point of control by one giant corporation, and eth is dispersed, decentralized, single sign-in across applications, with payments, identification, and commerce all in one. Due to the obvious metaverse, this fringe theory that was only a couple of months ago is now becoming more mainstream in Silicon Valley's upper echelons. Several contemporary web2 giants have stated that if they had been to design web2 today, they will include crypto in their stack. The Evolution of the Internet It's no surprise, therefore, that Tim Cook eventually took the time, after all these years, to inform the world he owns some bitcoin. We see this as Apple indicating that we are keeping an eye on things. They're keeping an eye on Facebook and Microsoft. Zuk, whom many people despise but whom we don't know what to think of, obviously puts crypto at the heart of his overall approach. He is or was attempting to make that 'crypto' his crypto, but we've witnessed enough of U-turns in this sector, so perhaps we can claim pompously it was a beginner error with Mark Zuckerberg exposed to cryptos just two or three years ago. Therefore anything like identification or ownership can only exist in a decentralized public blockchain that is held and governed by the general public. If not, it will be halted since, like Libra, it can be halted. Microsoft has been on the outside of ethereum since 2016 and has never been at the forefront of anything in the crypto world. In some respects, they're a mystery to us, the manifestly underappreciated rebound child of mythical proportions, with a market valuation that suddenly rivals Apple's. What they want to do is unclear, but it appears that blockchain to them implies public blockchain when it comes to web3 or metaverse property. If that's the case, Zuk will have no option but to go public with his blockchain, and if that's the case, you'll have a decentralized app store that rivals with, and perhaps even surpasses, Apple's. As it is, Ethereum has a form of app shop, but one that is decentralized, with various interfaces managed by different companies rather than a single large AppStore. It is, nevertheless, a segment in the great scale of things, and we approximate that in two years it will be ready to initiate scaling and thus move further away from the market segment in usage and to the mainstream, but two years is also essentially tomorrow when it arrives at constructing, so we don't see it going to threaten Apple's AppStore in that time span. The Fantastic Upgrade But, instead of the chronology, what counts is the pattern, and the tendency appears to be rather evident. Digital ownership is becoming a reality, and internet behemoths are recognizing it and capitalizing on it. As a result, instead of a forecast, this is more of a recognition of a tendency. That is, people are creating apps on Ethereum, thus Ethereum has an app store. This app store has certain benefits, and as a result of those benefits, Ethereum is the new AppStore where everybody is constructing. It comes from Microsoft, which is also developing on the metaverse, and Rhodes, who appears to be a huge NFT fan these days, says that the future internet will be based on eth. The open-source protocol will be the norm for identifying ownership. It will be the world's new app store, to use a more esoteric phrase. So events appear to come along, and we may be approaching the stage known as the Great Upgrade, in which the net as a whole, with everything in it, updates to digital money or digital ownership, and thus the blockchain has become this TCP/IP for digital identification. An eth address in each phone, computer, and possibly even every automobile. A re-architecture of the internet fundamentally, as those giants who would have created things in a different way if there had been crypto now begin to construct things using crypto. That is, eth is not the AppStore; rather, the AppStore is merely one app in eth. Eth is the internet, or, more accurately, an element of the internet. A sliver in the stack. We pronounce it eth. What we mean is an evidentially public decentralized blockchain, as demonstrated by anybody's capacity to split it. It's since, at this point in time, it's hard to forecast details like whether or not eth will serve as a benchmark, but the broad trend and orientation as outlined above would seem sensible, and eth looks likely to be the most probable contender to serve as the benchmark for digital ownership.