Home Ethereum Classic Price Prediction After ETH 2.0 Upgrade - What Will Miner Mine Now?

Ethereum Classic Price Prediction After ETH 2.0 Upgrade - What Will Miner Mine Now? 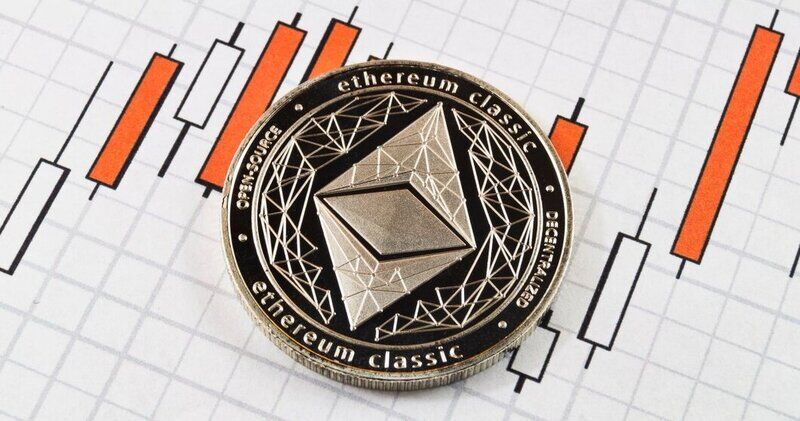 Several cryptocurrencies along with Ethereum [ETH] and Bitcoin [BTC], which work on PoW protocol, uses an energy-intensive process called “mining” to make and circulate new digital currencies. For this purpose, there are several thousands of individuals globally who help make that happen, referred to as miners, operate over a million dollars worth of machinery within a race to unravel computational problems and earn ETH, or BTC, the network’s native cryptocurrency. However, as per some recent updates, Ethereum is to undergo a major network hard fork or upgrade, that will fundamentally & completely amend the ways the network operates and the way new ETH is made. Ethereum mining is to be a thing of the past in the mere coming days.

A Big Question  - Where Will Existing Ethereum miners Switch After The Network PoS Upgrade?

Since, prior to the upcoming Ethereum network upgrade, the amount of ETH locked in DeFi apps already declined by around 11.5% within the second quarter. Notably, the entire dollar value of all crypto assets under management in DeFi apps remained steady over an equivalent period of time, which reveals an increase in other asset types like stablecoins or governance tokens for DeFi collateral as well as liquidity. On the other hand, the amount of tokenized Bitcoin formed on ETH has been on a gentle rise since the beginning of this year. As speaking of this week, there are over 250k tokens backed by BTC, collectively worth roughly over $8.6 Bln at the time of reporting and representing about 1.2% of the total bitcoin supply. ETH blockchain was launched earlier in 2015 uses a similar consensus protocol. Since its launch, Ethereum was using PoW as its algorithm, the ETH Foundation explained that “mining is the work itself. This is often the act of adding valid blocks to the chain.” Work that uses computing power consumes tons of electricity, and environmental protection organizations often Criticize the crypto ecosystem. The core developers of Ethereum are committed to changing the consensus protocol of the network from PoW (Proof of Work) to PoS (Proof of Stake), which needs significantly less electricity to take care of the process, while also permitting larger-scale transactions. This network, called Ethereum 2.0, will maintain security through people staking their tokens. Attacks are often stopped because bad or incompetent actors are going to be detained. The upcoming network upgrade is one among two upcoming code changes on Ethereum that's expected to transform network monetary policy and reward dynamics. It seeks to scale back the energy consumption of Ethereum by an estimated 99.95%. The other, Ethereum Improvement Proposal (EIP) 1559, is aimed toward improving the transparency and efficiency of Ethereum’s fee market. As per a renowned cryptocurrency miner & host of the YouTube channel BitsBeTrippin, Michael Carter, the mining industry won't experience a large-scale decline before the "merger". However, he calculated the numbers, using 10 different scenarios to calculate the profitability of Ethereum mining within the next few months-high prices and high trading volumes, high prices and low trading volumes, etc. Although he's usually a supporter of the spirit of Ethereum, on the other hand, he's also ready to switch his mining resources if another chain becomes more profitable. But coming to the present, he is not in a hurry to try so. Miners with considerable income can play long-term games by holding Ethereum and expecting the worth to rise in the future. After the merger, he believes that miners will have two simple options. "Now it can either be a hybrid between ETC and Ravencoin," he revealed. As of 22nd June, the market price of Ethereum Classic (ETC) was $4.7 Bln, which was another chain that appeared within the hard fork of the ETH network earlier in 2016. Ravencoin had a market capitalization of $436 Mln on 22nd June and a price of $0.05 USD. Neither is as widely known or widely used as the Ethereum blockchain. that's OK. The important thing is that, like Ethereum, their tokens are often mined using GPU-based equipment. ASIC or application-specific microcircuit, miners are more powerful, but the algorithm employed by Ethereum takes away most of the benefits. Therefore, GPU miners have an exit strategy. Carter added that the road for ASIC miners to mine is even harder. He concluded that: "The interesting thing is that the amount of ASICs on Ethereum will lose their cut. They really can't go anywhere else."

What Price Of Ethereum Classic, We can Predict after Ethereum Hard Fork?

Ethereum Classic can be the top choice of GPU-based miners after the Ethereum PoS network upgradation. ETC has also seen a major competitor of the ETH, after its record high all-time high gains it set in the mid of this year surpassing even Ethereum. So, there comes another theory, “What would happen if even half of existing ETH miners switch to ETC?”. Comparing ETH & ETC Hashrate Charts – Ethereum Classic Price Forecast For 2021, 2022, 2023, 2024 & 2025 - Technical Analysis. The present hash rate of Ethereum Classic is around 21.82 TH/S, which is negligible if compared to the present hash rate of Ethereum at 709.17 Th/S.  Earlier in May this year, when the hash rate of ETC reached its all-time high hash rate of 27.82 TH/S, it swiftly reached over $170 USD. This indeed was the case this Ethereum too, when in May, its hash rate peaked at 629.68 TH/S, ETH was trading flawlessly over $4000 USD.

Thus, the total hash rate a system records are directly linked to the adoption of a cryptocurrency and therefore the price gains as comparison of heartrate charts with price charts reveal. Therefore, after the complete network upgradation of Ethereum to POS, If even half of 1/3rd of its existing miners switch to ETC, the next price forecast for ETC, will be no less than $1000 USD in 2021 itself. 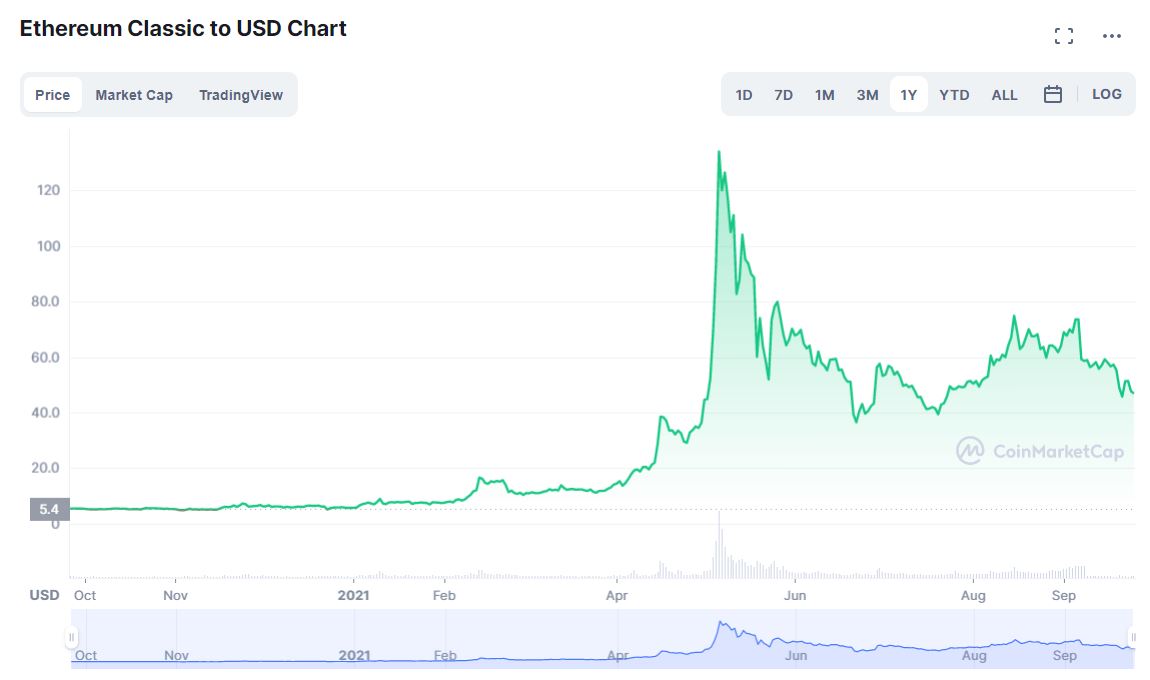 According to, "JK" of F2Pool

"We have already been given a costly lesson on the ramifications of not siding with the core users and contributors. The DAO hard fork, key developers, and core contributors have consistently built on the current Ethereum, helping it thrive and grow to its state today." Ethereum Classic, it said, has been slower to develop."

and it doesn't want to be left behind again.

The network upgradation of ETH can be considered as a boom for ETC in upcoming years.