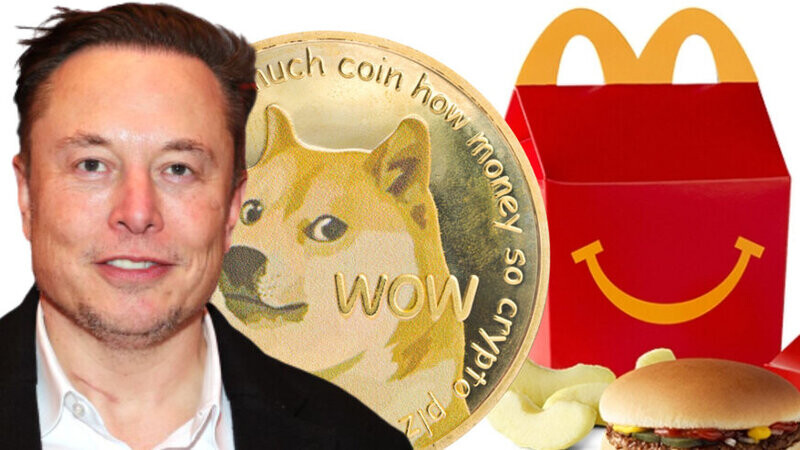 Elon Musk is pleading with McDonald's to adopt Dogecoin

Elon Musk appears to be willing to go to any length to get McDonald's to adopt Dogecoin. In a new tweet, the centibillionaire stated that if McDonald's begins recognizing the meme coin, he would consume a McDonald's Happy Meal on TV.

Previously this month, Tesla, the world's largest e-car maker, began selling some of its merchandise in Dogecoin, causing the coin's price to rise by 12%.

Amazingly strong quantum computers might be used to hack Bitcoin

Although Bitcoin is totally safe for the time being, several academics are still researching the flagship cryptocurrency's possible flaws. Bitcoin's encryption, as per Mark Webber, a quantum physicist at the University of Sussex, might be cracked by prospective quantum supercomputers with a minimum of 13 million qubits. According to the scientist, Bitcoin might undergo a hard fork in order to become quantum-resistant.

A Bitcoin attack, on the other hand, must not be anticipated in the coming years; thus far, IBM has disclosed a 127-qubit quantum computing processor, which is far too distant from the technological qualities required to crack BTC's encryption.