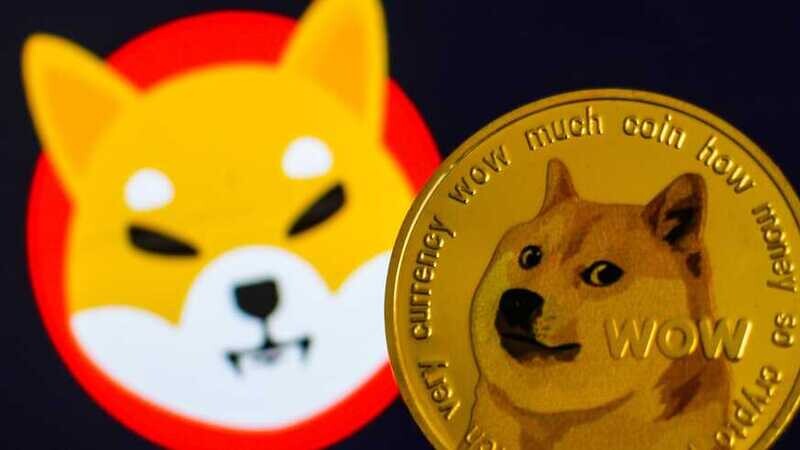 The cryptocurrency industry has been recovering, and digital assets such as Dogecoin as well as Shiba Inu have followed suit. Both assets reached levels not witnessed in months after the crisis, however have recently regained a few of their lost value. To be explicit, Dogecoin as well as Shiba Inu have lost over half of their value since their all-time highs. Nevertheless, with the latest upswing, both assets have returned to the green. The rise in value has inevitably resulted in a rebound in market capitalization. Both Shiba Inu, which were formerly amongst the leading ten biggest coins by market valuation, have subsequently lost their position. Even to this day, with their combined prices rising, their current valuation is not what it once was, and both cryptos have lost their places in the cryptocurrency elite 10.

The market capitalization of Dogecoin and Shiba Inu has decreased

At the height of the meme coin rallies, both Dogecoin, as well as Shiba Inu, had market capitalizations in the tens of billions. They'd both surpassed the $40 billion market cap level, vaulting them into the leading ten cryptocurrencies by market valuation. Both assets proceeded to fall in value as the rally and buzz surrounding dog-themed coins persisted. Both meme coins were formerly a regular inclusion on this lineup. Nevertheless, the excitement surrounding these assets had begun to fade since they had developed much too quickly. In contrast, neither of these digital assets provided any actual benefit to support their prices, hence the slide had started. Dogecoin had achieved an all-time high of more than $0.70, with demands for the asset to achieve $1. This might demonstrate difficulty since what ensued was a long-lasting decline that is still felt today. Dogecoin's price had dropped to as low as $0.12 as a result of the repeated market downturns and dips. Its market capitalization is currently $21 billion, putting it in 12th place on the list. SHIB, on the other hand, has fared far better in terms of recovery than its rival Dogecoin, despite having suffered a beating as well. Shiba Inu has subsequently risen from its monthly low of $0.00002, representing a 63 percent weekly recovery. As a result, its market capitalization has risen to $17 billion. Regrettably, it was not sufficient to propel it into the leading 10, as it presently sits in 13th position. The marketplace has now had one of the longest periods in which there have been no meme currencies in the top ten. For more than two months, neither Dogecoin nor Shiba Inu's market capitalization has increased sufficiently to restore their old positions on the list.