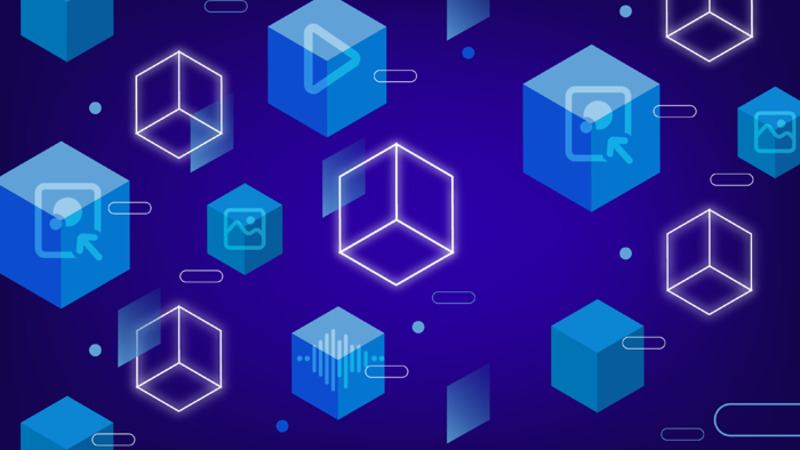 OPEN believes strongly in a decentralized future. In order to make that happen, it is absolutely necessary that cryptocurrencies today are able to function like fiat currencies so that believers in blockchain technology are able to spend them today for goods and services. OPEN is creating a world where all applications accept cryptocurrencies as easily as they do fiat currency. OPEN has always believed that the best solutions to achieving mainstream adoption of blockchain technologies would leverage both on-chain and off-chain components. These two worlds shouldn’t exist so disparately. Instead, it is imperative that they be able to work together to build the applications of the future. This belief lies at the core of their solutions for developers offering both an off-chain API structure as well as an on-chain Scaffold system. What OPEN intuitively learned as they were building their API was that a lot of the on-chain implementation considerations would be uniquely solved by building their own blockchain. However, before such an announcement was made, the team wanted to spend the time required to think deeply about what was required in order to make this a success.

The OPEN Chain will lead to mainstream adoption by creating a scalable and interoperable solution not available on the market today and designed to make it easy for both developers and end users. Today, OPEN is proud to announce their master plan for blockchain adoption into the mainstream over the coming years. A world in which we can pay for groceries, movies, and many other everyday goods and services with every cryptocurrency by enabling developer friendly blockchain solutions to speak securely with existing centralized application databases. The OPEN team is committed to seeing this powerful vision through. Going forward, they will be seeking partnerships with everyday services to advance the vision. OPEN CHAIN As a high-level overview, the OPEN Chain is a high throughput blockchain with an interoperable data transfer protocol. For blockchains to achieve mainstream adoption, developers need a way to integrate blockchain technologies within their existing technology stack in a fashion that doesn’t require them to sacrifice the throughput they receive with current centralized solutions. They require a solution with which the learning curve to integration is greatly minimized. OPEN is accomplishing this by creating: 1.OPEN Chain: A high-throughput blockchain built using the OPEN Rapid Consensus mechanism

When a developer deploys application Scaffolds on the OPEN chain, they are automatically deployed across the entire OPEN Cluster of interoperable blockchains. Transactions are initially processed on the OPEN chain with its high-throughput ORapid Consensus mechanism. As transaction volume approaches the throughput limit, OPEN utilizes the Blockchain Load Balancing Protocol to thread transactions between a number of different blockchains in order to parallelize data processing. Once a transaction hits a Scaffold, the Scaffold translates the data into the OPEN State. The OPEN State holds all the information from an application across all blockchains in the OPEN Cluster and is the one spot for the developer to link their backend and automatically synchronize their off-chain database. Whenever a developer wants to integrate any blockchain into their application, initially to accept cryptocurrencies as payments, all they need to do is deploy a Scaffold, using our Scaffold Generator, onto the OPEN chain. This scaffold automatically gets ported onto every high throughput blockchain which links all incoming data to their backend with just a few lines of code. In this way, OPEN provides the blockchain architecture and developer infrastructure for blockchain technology integrations to be able to compete with existing centralized counterparts. This allows OPEN Chain to become the most interoperable, developer friendly, user accessible, and most scalable blockchain by far. OPEN is leveraging their own consensus mechanism innovations, as well as the existing blockchain networks, to create the best solution possible. OPEN’s team comes from a background of application engineers that have a deep understanding of what is needed for the blockchain protocols to be able to be competitive with centralized solutions. OPEN Chain is their answer. TOKEN SWAP While OPEN is excited to launch a new blockchain that resolves some of the industry’s most pressing problems, OPEN believes that their community deserves even more. “We can’t wait for people to learn about the upcoming token swap program. It’s going to reward our most loyal supporters in a truly special way,” explained Ken Sangha, CEO of OPEN. Instead of asking the market for additional resources, OPEN is building out the OPEN chain using the resources already granted by their enthusiastic community.

This means that once the OPEN Chain is ready to launch its test net, the current OPEN tokens will be exchanged for the new protocol tokens at no additional cost. Furthermore, within the first week after our TGE event, the team will be taking a snapshot of all wallet addresses that have received OPEN tokens. Once the test net is ready to launch, OPEN will analyze those wallet addresses to identify which of the original token holders have maintained their positions. As a reward for their loyalty, these participants will receive a substantial bonus in the new OPEN protocol tokens during the token swap. The OPEN team knows that this is critical to achieving the widespread adoption and success of blockchain technologies. The OPEN Platform and Protocol approach really embodies the initial ethos and creates the most powerful solution currently proposed.

Masternodes As an element of OPEN’s architecture, and in order for the team to make it even easier for enterprises to integrate the OPEN API, a Masternode Program is being implemented. At a high level, Masternodes will be instrumental in implementing the interoperability functions, hosting the Distributed Data Network, and participating in governance. More in-depth requirements will be made public shortly. Can OPEN Chain help facilitate the widespread mainstream adoption of blockchain technology? Lets see in future. Readers should do their own research before taking any actions related to the company.