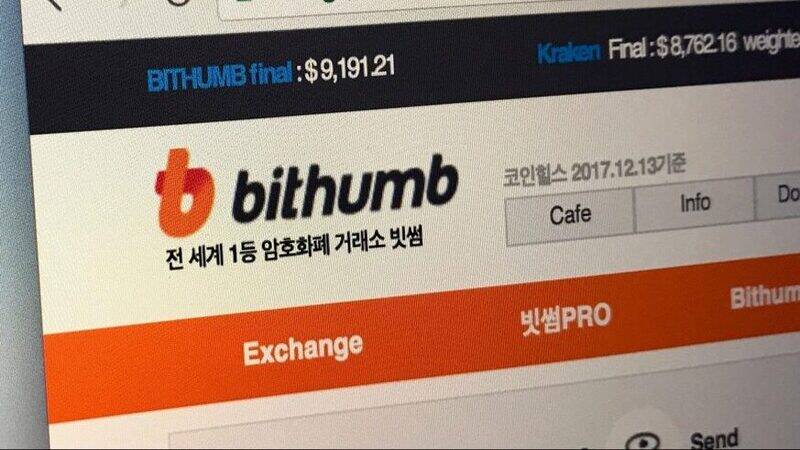 One of South Korea’s largest cryptocurrency exchanges, Bithumb, is expanding into Japan and Thailand. The exchange is working on obtaining regulatory approval from the financial regulators of both countries. The new locations are part of the exchange’s global expansion plan. Expanding Exposure To Thailand Bithumb is currently working on obtaining regulatory approval from the Thai Securities and Exchange Commission (SEC), local media reported Friday. The exchange is the second largest in South Korea at the time of this writing, with a 24-hour trading volume of about $358 million, behind only the Kakao-backed Upbit with a $582 million trading volume during the same time period. The exchange has already established a Thai subsidiary, Bithumb (Thailand) Company Limited, with registered capital of 3 million baht (~US$90,000). Zdnet quoted the company explaining the reason for its expansion into the Thai market:

“Thailand is active in e-commerce and the fintech industry, and the government is showing great interest in digital currency as it promotes smart city business.”

Thailand has recently finalized its regulatory framework for cryptocurrencies and initial coin offerings (ICOs). Bithumb has been building its Thai website, the publication added, noting that it plans to start service in Thailand at the end of October. Expanding Exposure To Japan Japan legalized cryptocurrency as a means of payment in April of last year. All companies seeking to operate an exchange in the country must obtain approval from the country’s top financial regulator, the Financial Services Agency (FSA). However, with the hack of Coincheck in January, the FSA has been strengthening its oversight of crypto exchanges and imposing a stricter exchange approval process. Nonetheless, Bithumb is seeking approval from the FSA with a plan to open an exchange in Japan in February next year, the news outlet conveyed. The exchange also revealed that “it plans to set up an exchange that supports the largest number of coins in Japan,” the publication noted. Global Expansion Scenario Earlier this year, Bithumb announced that it is looking for partners for its global expansion. The exchange says it will work closely with overseas partners to launch platforms that are faster and more efficient for traders worldwide. Projects which Bithumb will collaborate with potential partners include “cash (deposit/remittance/debit) management processing, the operation of an exchange platform, [and] marketing & promotion and customer service,” the exchange detailed. According to the announcement:

“Bithumb is preparing exchange platforms for countries under the global expansion plan and we are looking for great and potential partners (corporation, entity or group) worldwide…The exchange platforms under final development stages are USD / JYP / EUR / CNY / INR / GBP / AUD / CAD / PHP / RUB and there will be more soon when there are any service demands.”

According to Money Today, Bithumb has also established a subsidiary in Singapore and Britain. “We are considering establishing overseas subsidiaries in various countries such as the U.S. and Europe, but the time has not yet been determined,” the exchange clarified. In April, the third largest crypto exchange in South Korea, Coinone, announced its expansion into Indonesia.