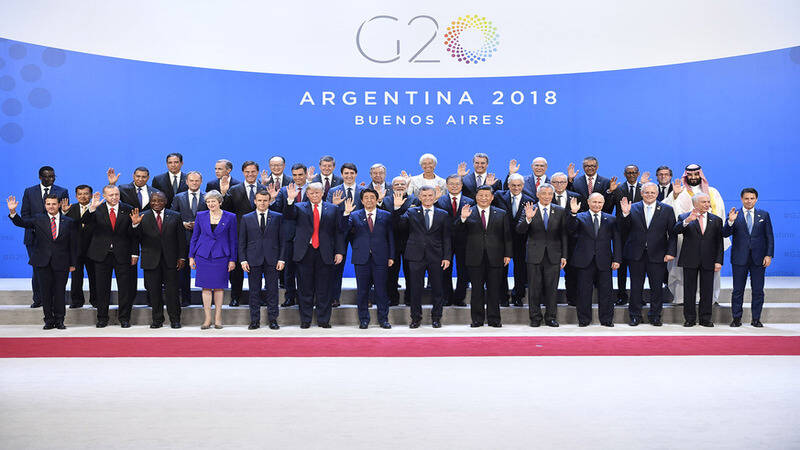 Twenty representatives of the global economy met in Argentina this weekend. Cryptocurrencies was also a topic of this discussion in which the G20 members stated that digital currencies do not pose a threat to the stability of the financial economy.

During the G20 discussion held at Argentina, the Finance ministers along with the central bankers from the G-20 states reiterated their hold on the belief that digital currencies does not risk the economic stability of the country and if it does, the Financial Action Task Force is to clarify by October that how these Illicit standards apply to crypto currencies in detail.

The growth in population with decreased unemployment options is the major thing to worry in this era of decade. The members of the G20 members also stated in the meeting that:

There are more serious consents to worry about for now rather than the cryptocurrencies. At this current point, the officials stated that crypto currencies don’t pose financial stability risk globally and is not such a risk that is to addressed immediately. However, a similar warning against crypto’s related to tax evasion, money laundering, ilicit funding etc was mentioned by the G20 members.

G20 And Crypto Standards Till October

The Financial Action Task Force ‘FATF’ is assigned with the job to complete till October this year to clarify that how these illicit standards apply to the crypto currencies. The G20 also welcomed the updates provided by the Financial Stability Board ‘FSB’ and the standard setting bodies, adding that it expected them to continue to monitor the potential risks of crypto-assets and assess multilateral responses. FSB, an international organisation that makes recommendations about the financial systems working globally.

The previously held G20 Summit on March 19-20 this year, ended up with pretty similar to introducing regulations as far as digital currencies are concerned. The Global Meet did not adopt crypto-related regulation. Right before the last summit, the Financial Stability Board dismissed calls from member-states for global crypto rules.