Home Can Dogecoin Reach $1 By Next Year? Know What Experts Thinks!

Can Dogecoin Reach $1 By Next Year? Know What Experts Thinks! 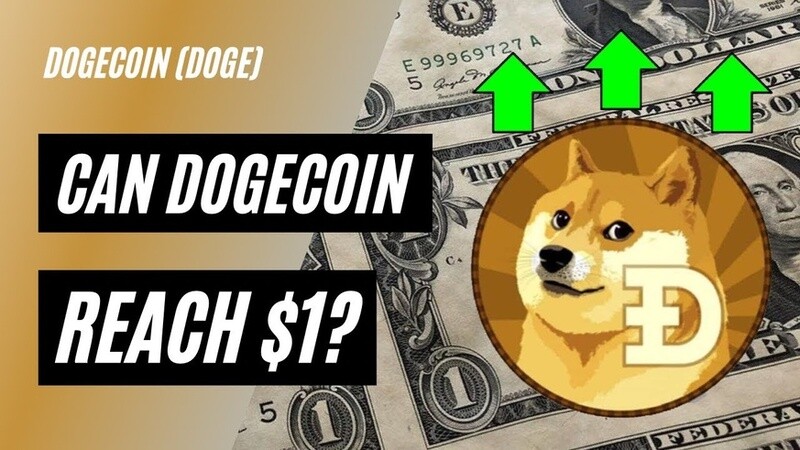 The cryptocurrency world has had a great year in 2021, with plenty of optimism around top-performing currencies like Dogecoin. According to market analysts, this favorable trend will continue throughout the future year, 2022, and Dogecoin may surpass the $1 mark, outperforming other booming currencies such as Shiba Inu. DOGE is an altcoin that was founded in 2013 and has the picture of a Shiba Inu dog as its symbol. Despite its origins as a joke currency, it has seen tremendous expansion and a value rise as a result of greater backing from Tesla CEO Elon Musk. As per CoinMarketCap, it reached the leading ten in the crypto standing this year and has proceeded to make huge progress, with Elon Musk lately confirming that DOGE might be the sole crypto recognized by Tesla for their Merchandise. Dogecoin has evolved into one of the foremost significant digital currencies in the crypto world over the years. The year 2021 appears to be the finest for DOGE from its inception; its record has been phenomenal. It started the year at $0.005, increased to $0.034 in February, and reached a peak of $0.7376 in May. The positive trend did not endure, as the price fell over a month. The coin was trading approximately $0.22 in November, having lost approximately 70% of its all-time high in May. As per CoinMarketCap's pricing statistics, the price is $0.176 as of the time of writing. Notwithstanding this steady decline, Dogecoin is up 3100 percent in 2021 when prices are compared at the start of the year, indicating a good profit ratio. The present bullish trend in the cryptocurrency market during Q2 was the most significant reason for Dogecoin's large gains and outstanding efficiency. Following the halving of bitcoin, the crypto market had an ascending trajectory following a brief rise in Q3. In the first quarter, bitcoin tripled in value, dragging Doge and other cryptocurrencies along with it. In addition to Bitcoin support, Dogecoin gained a mainstream brand, garnering the attention of Key Opinion Leaders (KOL), who helped to extend its network. Elon Musk, Mark Cuban, and Snoop Dog are among the main KOLs who influenced DOGE's growth; their posts and feelings boosted the coin's visibility among "would-be" crypto fans and grew its community. All of these factors have led to an increase in Dogecoin usage, as prominent corporations currently embrace the coin as a form of payment. When its owner, Mark Cuban, backed Dogecoin as the correct cryptocurrency to utilize for transactions, the Dallas Mavericks allowed the usage of cryptocurrency for ticket payments. With over 2.7 million Twitter users, Dogecoin's following base has expanded tremendously; additional social media also show increased numbers. Experts believe that if all other factors remain constant, DOGE will be on its way to the $1 price point in 2022. However, that accomplishment will not be simple, as Dogecoin has been pushed out of the leading ten on the market list, indicating that other flourishing coins may compete firmly with it in the upcoming year.