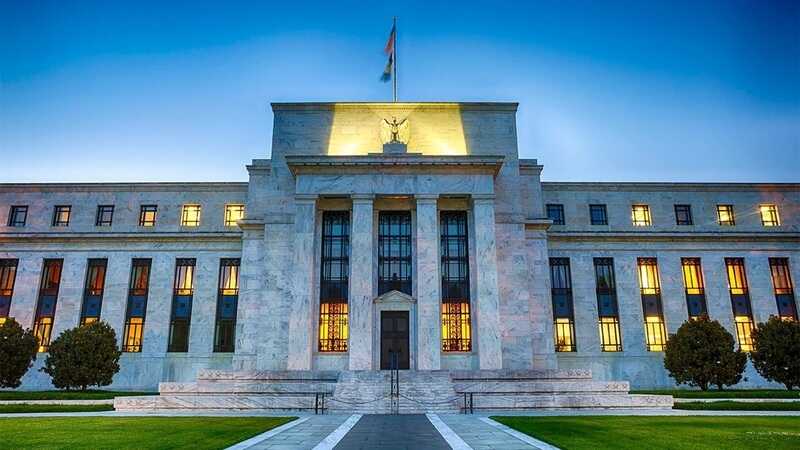 The price of the leading cryptocurrency Bitcoin [BTC] is stuck within a consolidation phase after a volatile May. An almost 13% rise earlier on Wednesday was short-lived as buyers took profits. There's strong resistance near $40k despite oversold readings on the daily chart. Bitcoin registered a series of lower-cost highs over the past fortnight, although buyers have defended support at around $34k and $30k. At the reporting time, Bitcoin is presently trading at a price around $37K, which is +0.51% up for the day. The RSI [Relative Strength Index] on the daily chart is improving from an initial oversold reading on 19th May, which indeed suggests the downtrend from May is stabilizing for now. However, there's strong overhead resistance, which could limit price rallies beyond $40k at some time. The weekly chart isn't yet oversold, although there are initial signs of downside exhaustion. Meaning buyers and sellers are at a stalemate until a decisive break over $40k or below $30k is confirmed. The longer-term trend is weakening following extremely overbought signals as recorded earlier in March. For now, the upside remains limited into the weekend given the intermediate-term downtrend. 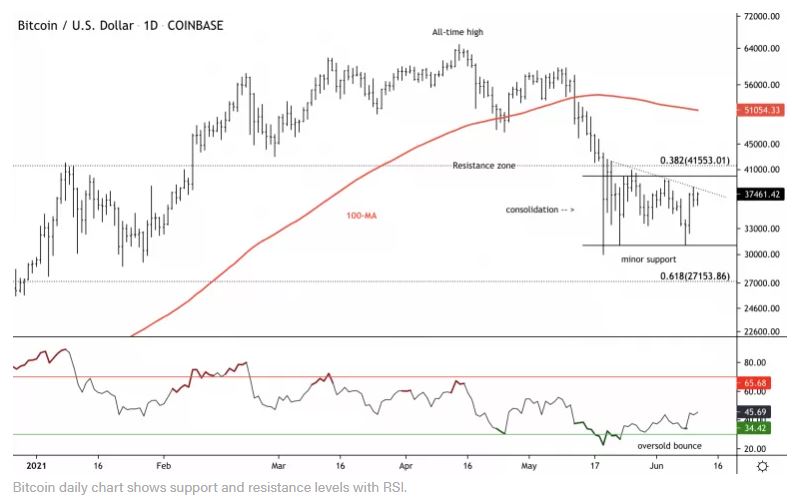