Bitcoin Seems Bullish Again - Thanks To The U.S. Federal Reserve. 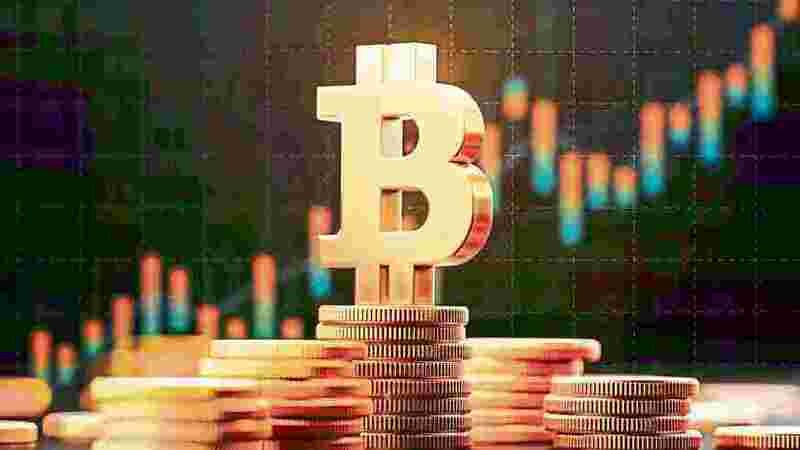 Early this week, signs of a steady Bitcoin (BTC) price rebound emerged as investors switched away from the US dollar due to weaker-than-expected economic data. In more detail, Bitcoin's decline below $33,000 last week was welcomed with a solid buying sentiment, pushing its per-token cost to as high as $39,300 on February 1. BTC's price had dropped below $37,000 on Thursday, but it was still up 13% from its local low. In the meantime, the US dollar index (DXY), which shows the strength of the greenback vs a basket of major currencies, hit a new high of 97.441 on Friday, the highest level since July 2020. By February 3, the index had corrected about 1.50 percent to over 96.00.

The dollar's renewed decline was interpreted by some market observers as a sign of fading rate rise worries. The U.S. Federal Reserve, for example, "reached a fever height last week in terms of making more and more aggressive tightening scenarios," according to Lyn Alden, founder of Lyn Alden Investment Strategy, who added also that the central bank might very well turn bearish as "economic deceleration/weak PMI data comes to the fore."  Factory activity and employment in the United States are both declining Alden noted the United States' industrial growth, which fell for the third month in a row in January 2022, according to statistics released on Tuesday. The Institute for Supply Management's gauge of manufacturing activity, for example, fell to 57.60 from 58.80 a month ago, its lowest level since November 2020. Furthermore, the ADP Research Institute statistics released on Wednesday revealed weaknesses in the ongoing US economic recovery, stating that regional company employment declined by 301,000 in December 2021, the greatest level since the COVID-19 pandemic's early days. The report came a week after Fed Chair Jerome Powell's press conference, and it was lower than expected. He sparked talk of hiking interest rates three times in 2022 to combat rising inflation in the United States. As the US currency gained, Powell's hawkish stance pulled the price of Bitcoin lower. Rate futures in the United States currently point to four to five rate hikes in 2022. The president of the Fed's St. Louis branch, James Bullard, fueled the "tightening" anxieties earlier this week, saying that five rate hikes were "not too awful a bet." However, Powell's hawkish remarks coincided with a recovery surge in the Bitcoin market as the dollar reduced gains, prompting Alden and other experts to speculate that the market overreacted to Powell's tightening forecast. Officials at the Federal Reserve are now warily bullish A continuous improvement in the US labor market was one of the main drivers of the Fed's rate rise intentions. However, if ADP data are lower than predicted, the central bank may reconsider its tightening measures. Preston Pysh, the founder of the Pylon Holding Company, stated, "They've gone from almost all talk and little action to 100 percent hot air." Some Fed officials have also suggested that the central bank may not proceed with rate hikes as quickly as previously expected. For example, Kansas City Fed President Esther George stated that "unanticipated modifications" would be detrimental to everyone. Similarly, Mary Daly, the president of the San Francisco Federal Reserve, warned against tightening too quickly. The Fed Watch Tool at the Chicago Mercantile Exchange currently estimates a 94.40 percent chance of a 25 basis point rate hike in March 2022. However, it's unclear whether there will be consecutive raises for the rest of 2022. Teddy Vallee, the founder of Pervalle Global, a New York-based hedge fund, wrote: "They will raise, but not as much as the forward curve predicts." As a result, the theory that drove the Bitcoin price to multi-month lows last week appears to be crumbling.