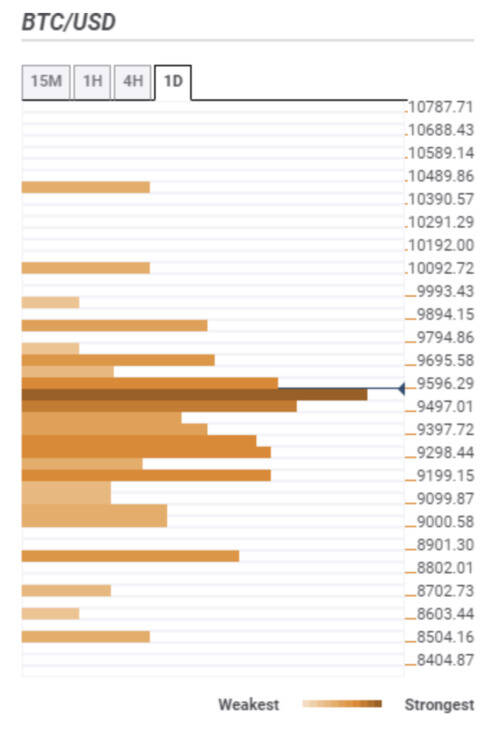 The price of the leading cryptocurrency Bitcoin [BTC] has continued its path following the bullish price cash commenced earlier within the week. Support above $9,300 USD as revealed earlier on Thursday was instrumental for subsequent run-up towards $10k. Support level. The renowned cryptocurrency took down the resistance at $9,500 & that at $9,600 price levels. Bulls tried to push past $9,700 but due to the emergence of selling pressure, BTC/USD hit a new monthly high at $9,691 USD.

The ongoing selling pressure saw Bitcoin lose traction, dropping under $9,600. At the time of reporting, BTC/USD is presently trading at a price around $9,509 USD. Buyers are working extremely hard to keep the worth above the ascending trendline. However, as it stands, bears seem to possess the whip hand. The hourly BTC/USD chart highlights a retreating RSI. An equivalent downtrend has also befallen the MACD, further reinforcing the bearish scenario. 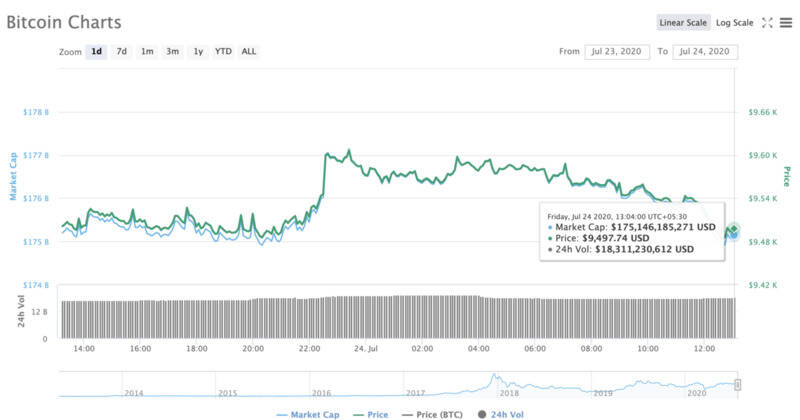 However, as seen from the chart above, the trail of least resistance effort is downwards. Therefore, it's essential that bulls keep the worth above $9,500 USD as they gather the strength for gains towards $10k USD support level.