The price of the leading cryptocurrency, Bitcoin [BTC], has returned above the $30k benchmark earlier on Tuesday after a volatile trading session. Buyers quickly stepped in as oversold conditions appeared on intraday charts. A subsequent level of resistance is seen around $36k which could limit further upside. At the reporting time, the world’s leading cryptocurrency is presently trading at a price of around $34k and is up 9% over the past 24-hours. The near 10% price drop recorded earlier on Tuesday was typical of a shakeout, which signals a period of market turmoil when sellers capitulate. 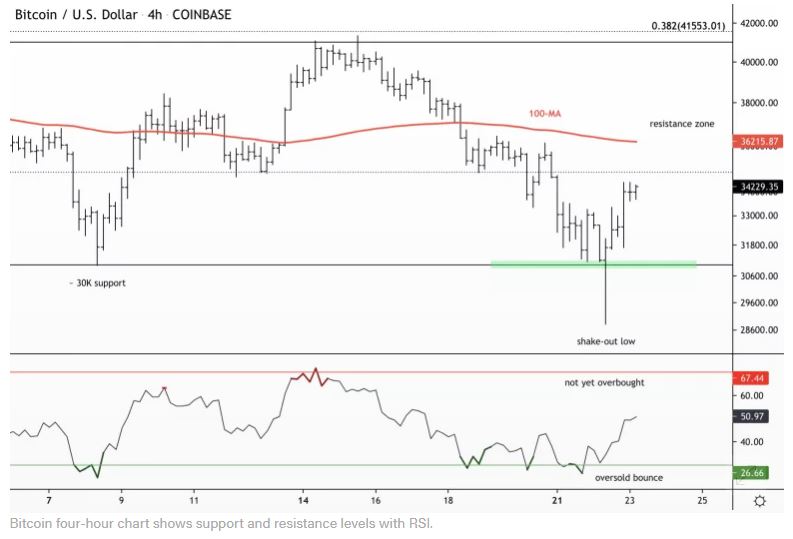 Bitcoin’s two-month downtrend appears exhausted after the RSI [Relative Strength Index] on the daily chart registered a better low. This suggests buyers could remain active towards upper resistance levels. The RSI on the 4-hour chart isn't yet overbought, although bitcoin remains below the 100-period moving average, suggesting resistance might be found at $36k. Stronger resistance is seen at $40k which is near the boundary of a month-long range.