'Bitcoin Family' Moves To Portugal To Enjoy 0% Taxation On Cryptocurrencies. 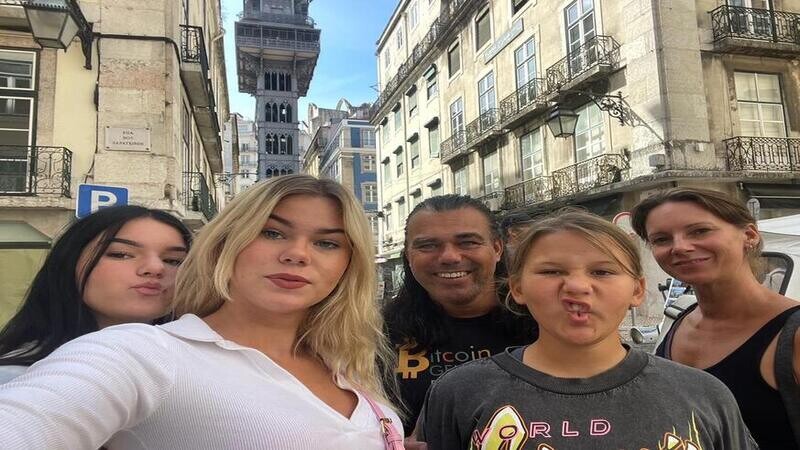 According to the family's dad, a Dutch household that invested all on bitcoin in 2017 has opted to reside in Portugal owing to the nation's cryptocurrency-friendly tax structure.

The Taihuttu clan has stated that they sold all of their tangible assets in 2017 in favor of engaging in bitcoin as well as a nomadic lifestyle and that the majority of their wealth is stashed in hidden stashes throughout the globe.

In a conversation, Father Didi Taihuttu informed CNBC that he, his wife, as well as their three children decided to quit touring the following five years due to Portugal's 0% tax on bitcoin, particularly capital gains.

In 2019, the Portuguese taxation administration declared that purchasing and trading bitcoin is tax-free. There are a few exclusions: if you acquire bitcoin in exchange for products or services, as well as if you trade in cryptocurrencies for a living.

As per Accointing, the southern European nation has become popular amongst digital travelers, and various organizations give guidance on relocating there to reap the benefits of its cryptocurrency tax position. As per the nation's 2021 population data, the proportion of foreign inhabitants has increased by 40% in the previous ten years.

Taihuttu as well as his family have refused to reveal the value of their cryptocurrencies. However, he has stated that he keeps the family's cryptocurrency in hidden wallets spread over four continents plus six different nations.

Once the family invested all on bitcoin in 2017, it was valued at around $900. As per CoinMarketCap statistics, it was selling at over $42,000 on Monday.