Home Bitcoin Falls Near $43k With Whole Crypto Market In Red - But Why?

Bitcoin Falls Near $43k With Whole Crypto Market In Red - But Why? 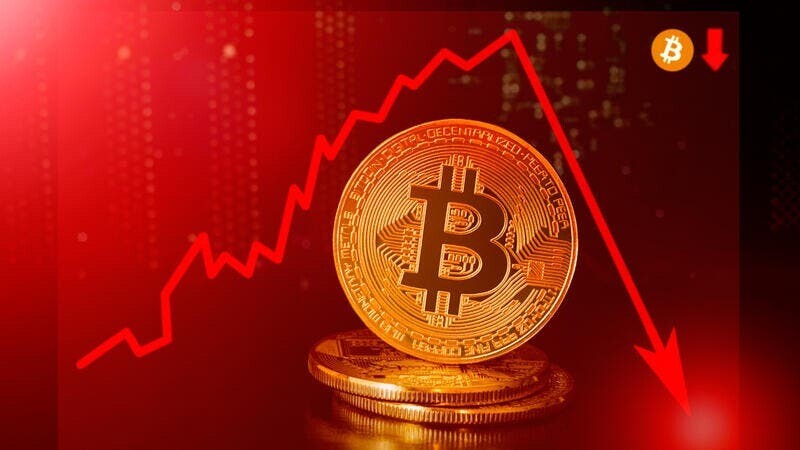 Today, cryptocurrency values plummeted, with Bitcoin falling near $43,000, its weakest level ever since the December flash collapse. By market capitalization, the globe's most recognized and biggest digital coin was trading roughly 7% down at $43,067. Bitcoin, known for its volatility, has lost over $25,000 since reaching a high of about $69,000 at the beginning of November.

According to CoinMarketCap, Ethereum (ETH), the coin tied to the ethereum blockchain as well as the second-biggest cryptocurrency, has also dropped more than 8% to $3,407. Dogecoin prices, on the other extreme, sank almost 6% to $0.15, while Shiba Inu fell more than 7% to $0.000030. Binance Coin, on the other hand, fell nearly 7% to $476.

Several digital currencies, including Solana, Polygon, Uniswap, Stellar, Cardano, XRP, Tether, and Litecoin, have had 5-7 percent price drops in the previous 24 hours. According to CoinGecko, the worldwide crypto market valuation fell 6% to $2.22 trillion as a result of the decrease in cryptos.

According to a study from digital asset management CoinShares, the last week of 2021 witnessed a third consecutive week of investment withdrawals from crypto portfolios. The previous week, the industry's outflows reached $32 million. In 2021, total assets under administration were $62.5 billion, up from $2.8 billion at the conclusion of 2019.

Cryptocurrency price fluctuations have occurred during a turbulent moment for financial markets. Inflationary pressures are pressuring central banks to strengthen monetary policy, potentially reducing the liquidity tailwind that has supported a broad variety of assets.