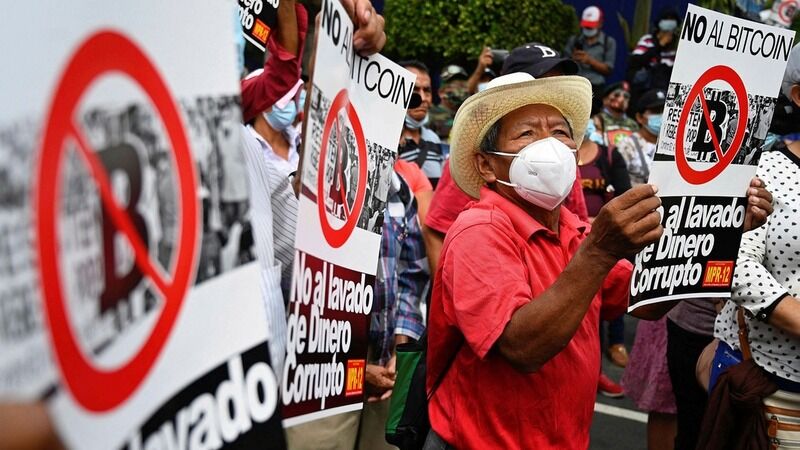 Bitcoin ATM was set on fire by the protesters against President Bukele for adopting legal tender of bitcoin. Protesters marched against the adoption of the legal tender of Bitcoin [BTC] by President Bukele in El Salvador. On independence day, they set an automated teller machine (ATM) made to exchange dollars for Bitcoin, the oldest cryptocurrency in the world, on fire. ATM Chivo was set ablaze in capital San Salvador. ATM Chivo was named after The Crypto Wallet, Chivo that was sanctioned by the El Salvadore government. Anger, over the authoritarian nature of the government, was expressed by the demonstrators. Protesters can be seen, in a video by Ruptly, storming into Capital holding signs like 'No to Bitcoin', 'No to corrupt money laundering' and even against the Bukele government On Sept. 3, despite constitutional limits, President Bukele was allowed by the judiciary to run for another term. Bukele’s ruling party appointed The judges in May  after the prior judiciary was plundered The ruling, done in September, was criticized for the abuse of power, including from the local U.S. Embassy. Bitcoin Law of El Salvadore, which was passed with an absolute majority in June and started functioning from September 7th, in the Salvadoran legislature, has been encountered by strong opposition. It is the first law in a Latin American country, which allows its citizen the use bitcoin as a means to pay for goods and services with the U.S. dollar. An opposition party regional deputy and a group of El Salvador citizens sued the Bukele government on the law and called it unconstitutional.