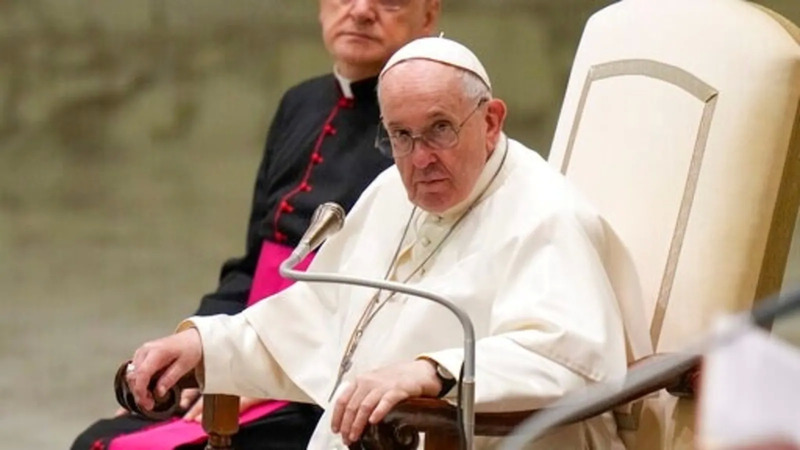 Earlier in this month, researchers at Duo Security revealed the results of a study analysing millions of public Twitter profiles, revealing a very complicated network of dummy accounts, referred to as a botnet employed for fake crypto giveaway scam by impersonating high profile people and unnaturally boosting their tweet rankings, likes and retweets.

A tweet posted by Pope Francis earlier had one such unnaturally boosted tweet. The tweet is from a replica handle, “@_Poontifex,” designed to mislead casual viewers into thinking that it's the important pope’s handled account “@Pontifex.”

Unsurprisingly, the tweet is promoting a deceitful fake crypto giveaway: 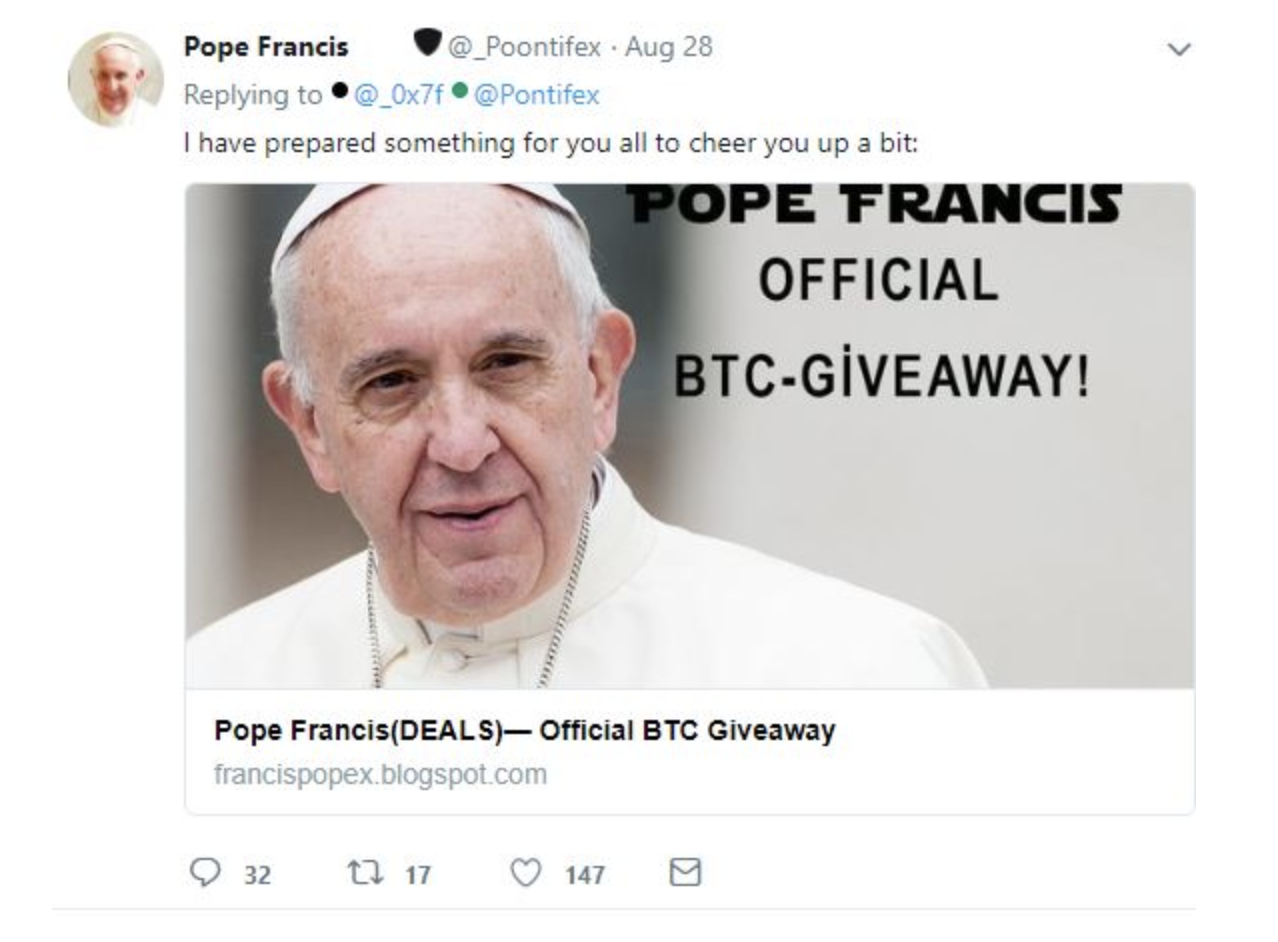 Another dummy account, branded “@RicardoStark7,” then replied to the tweet with a fake excitement as other bots retweeted and liked the fake pope handle’s tweet to the top of the replies to the original pope’s tweets.

To a regular Twitter user, it appears as if Pope Francis has replied his own tweet, advertising some giveaways, this is how the scam operates.

Several Twitter accounts with many followers are targeted in this fashion as seen earlier in the past also. As reported by Etherdesk earlier, Elon Musk and Vitalik Buterin, were also affected by such scams in the past including the Vertcoin twitter account that was actually hijacked to spread a fake ‘ETH giveaway’ scam.

As for now, the only thing Twitter users can do to protect themselves against these free crypto claims is to stay alert even if the posts are verified.